At present the monthly and weekly charts show a significant breakout of a symmetric triangle to the upside, meaning the start of a new uptrend followed by a retracement (wave 1 & 2).

At present, this reversal (wave 2) is confirmed by some nice reversal candlesticks in both the weekly and daily charts.

Only in case this reversal is not limited to a mere retracement, the entire Elliott configuration would have to be redrawn.

The waves in the monthly and weekly charts is depicted an "a-b-c" followed by  wave "1" which is the first wave upwards of a new uptrend. The retracement (wave 2) could go as far as 97.60 if the USD strengthens a bit. 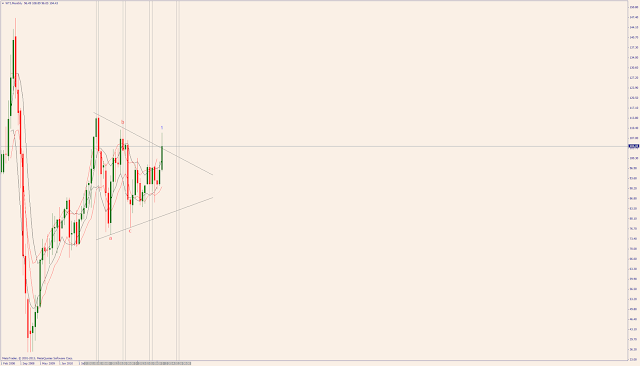 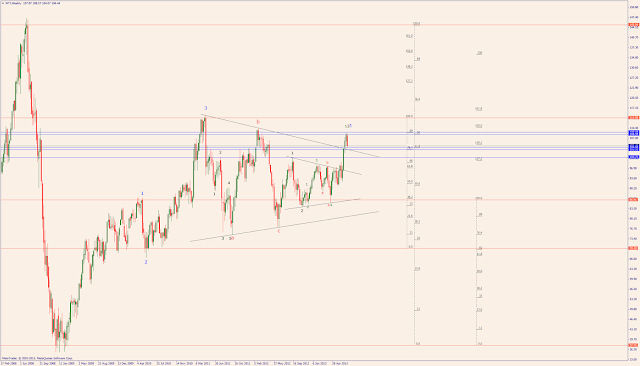 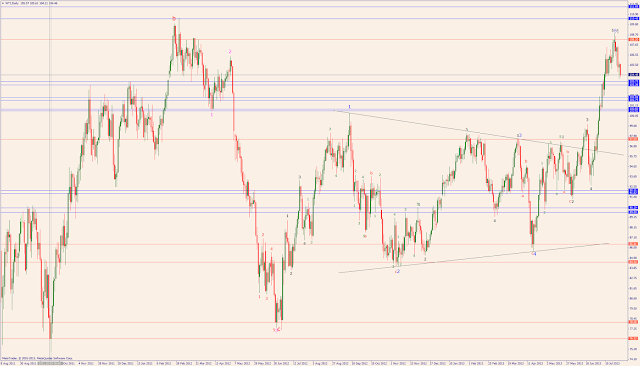 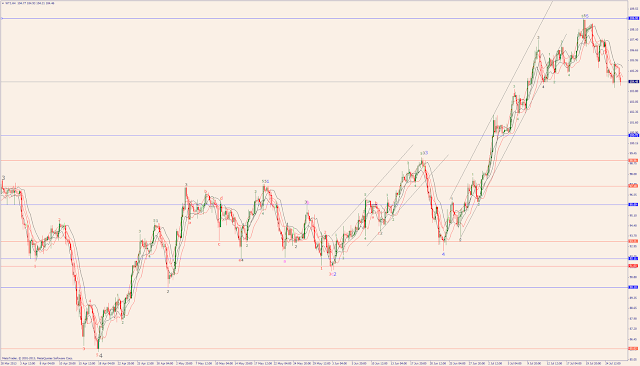 Posted by Mario D. Conti at 22:31
Email ThisBlogThis!Share to TwitterShare to FacebookShare to Pinterest