As you see in the monthly the AUDUSD chart is right on target (area 0.8877-0.8770) but hold your horses as it's a dangerous situation.

Normally, 5 red candles down (daily chart) mean imminent reversal but I'not entirely sure that the downtrend is completely over.

After the new low, the 1-hour chart may display a short rally and then again a new short wave down to 0.8860.

The 1-hour chart shows 8 waves out of 9. Anyone who knows my method of counting waves is aware that whenever the wave count is too cryptical I use the "count to nine" which is equivalent to counting 5 waves".

The new low will mark the end of wave 3 (1-hour chart) followed by a  retracement upwards which constitutes wave 4 and, finally, by the last wave down (wave 5).

NOTE: if it doesn't get much below 0.8765 it might be the end of the line and a major rebound would start very soon with a possible target to 0.9580.

Depending to the one you're you are using for your trading, you exit (1-hour) or stay (daily) in your short position.

With the Wave Oscillator, the exit signal is given by a "cross back" and a subsequent significant divergence (in terms of distance) between the tips of the red lines. 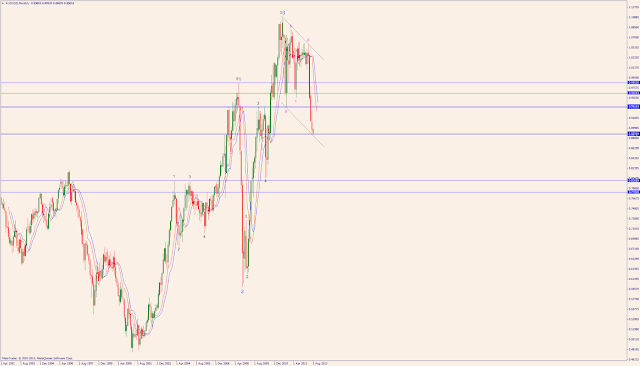 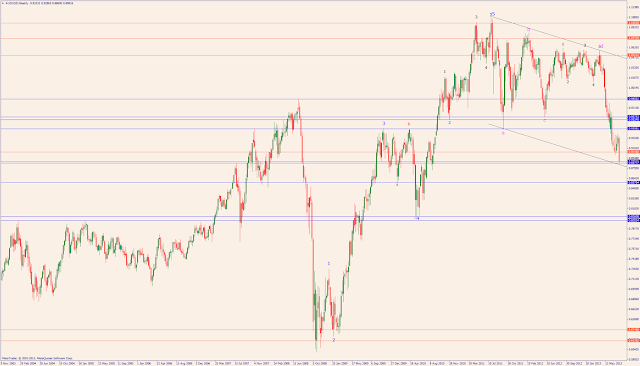 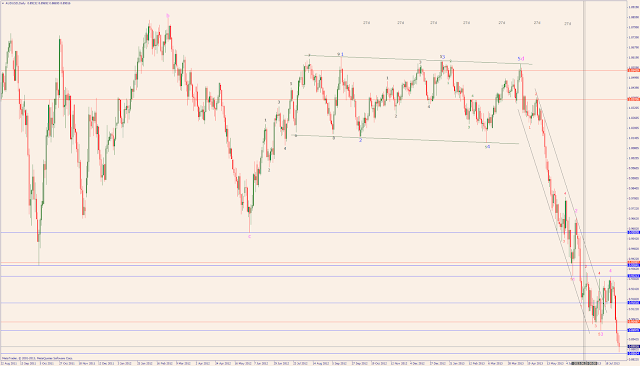 wave oscillator applied to the daily chart: click to enlarge 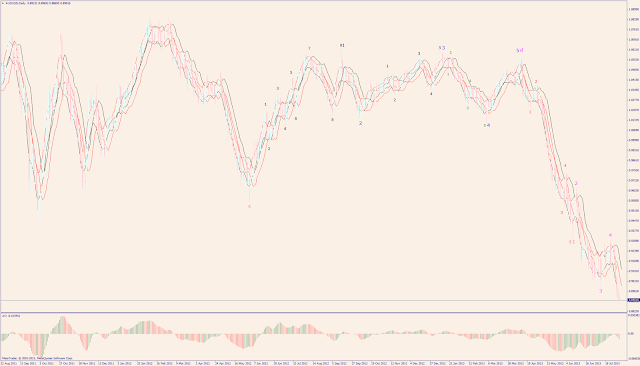 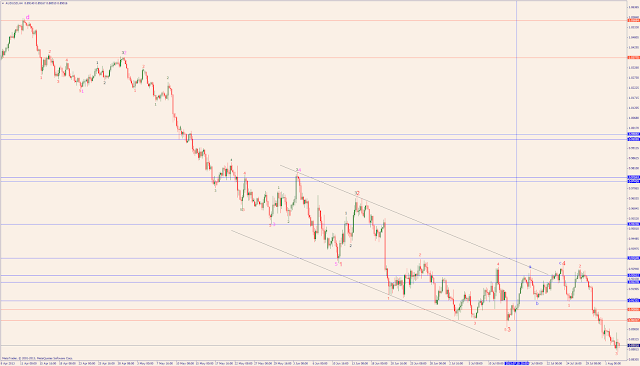 wave oscillator applied to the 4-hour chart: click to enlarge 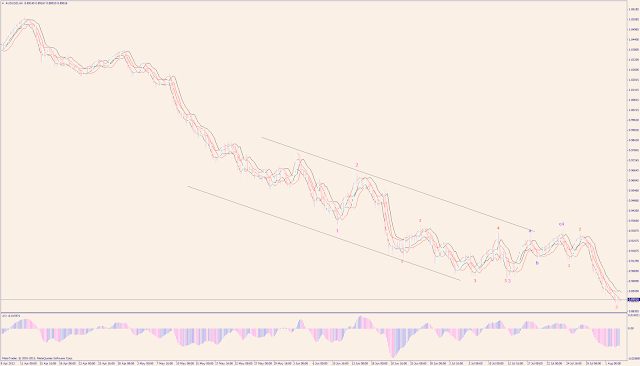 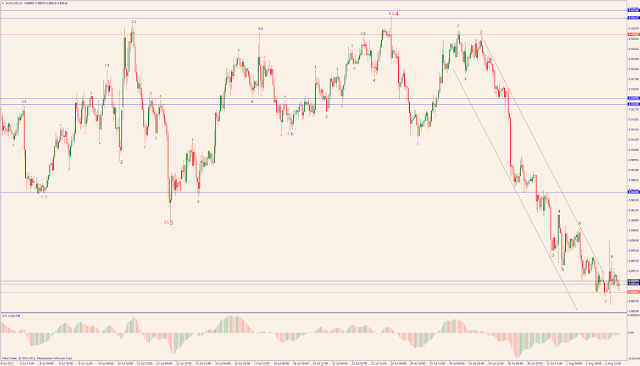 Posted by Mario D. Conti at 13:55
Email ThisBlogThis!Share to TwitterShare to FacebookShare to Pinterest