If the pattern that is unfolding is an "Expanded Flat" the new rally could be more substantial. See the note below.

After point "d", the AUDUSD seems to be staging a very long "wave e" (weekly chart). This can either be in 3 or 5 waves

There's a chance that we are witnessing an "Expanded Flat" in the daily chart.

Hence, the temporary rally could take the pair to 0.9148-0.9166 before resuming the downtrend.

Enter your trade only when you have a valid cross of the 2 inside lines in the daily or 4-hour charts.

Remember to place your "trailing stop" according to the "instructions" from the wave oscillator. 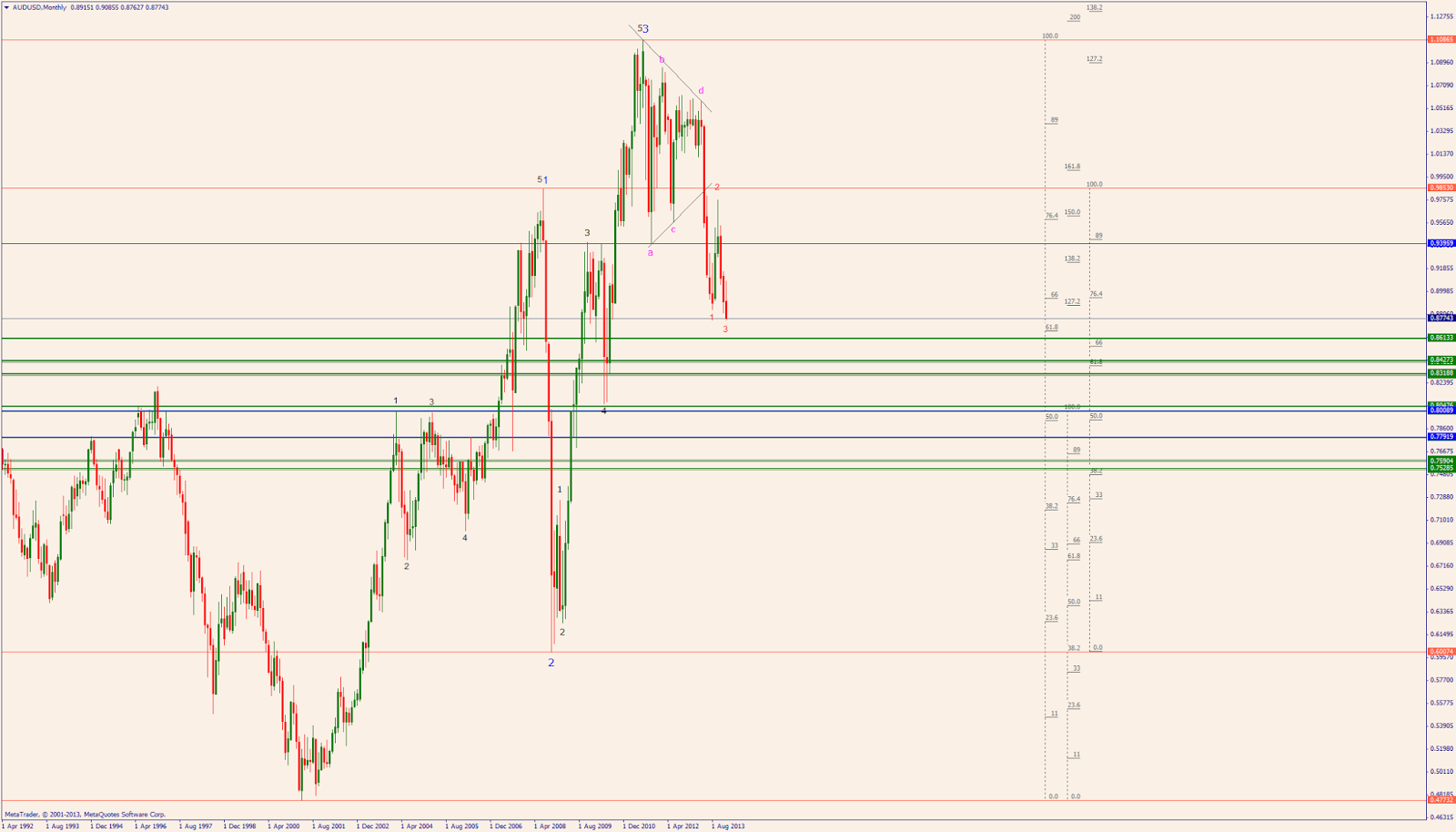 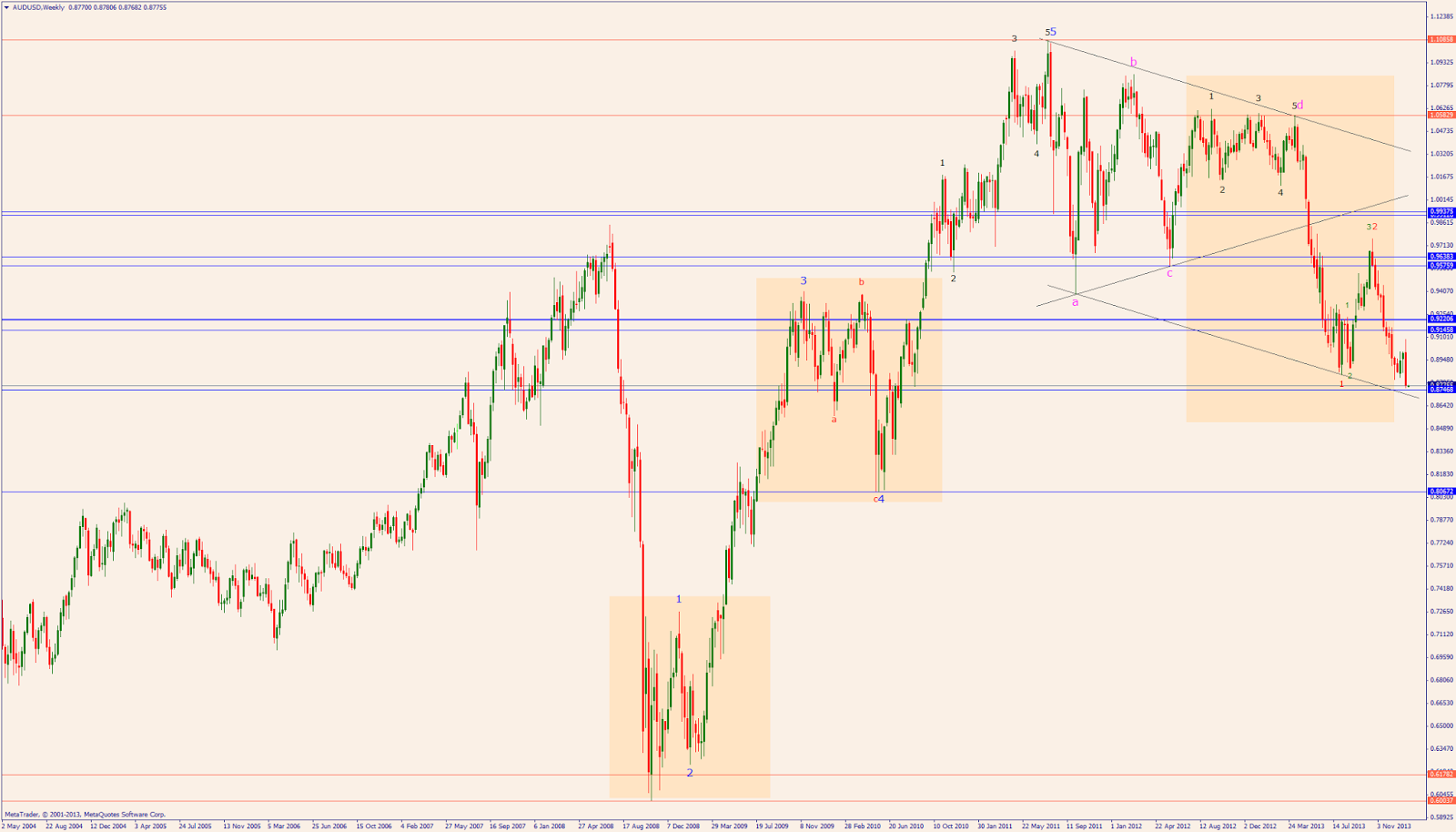 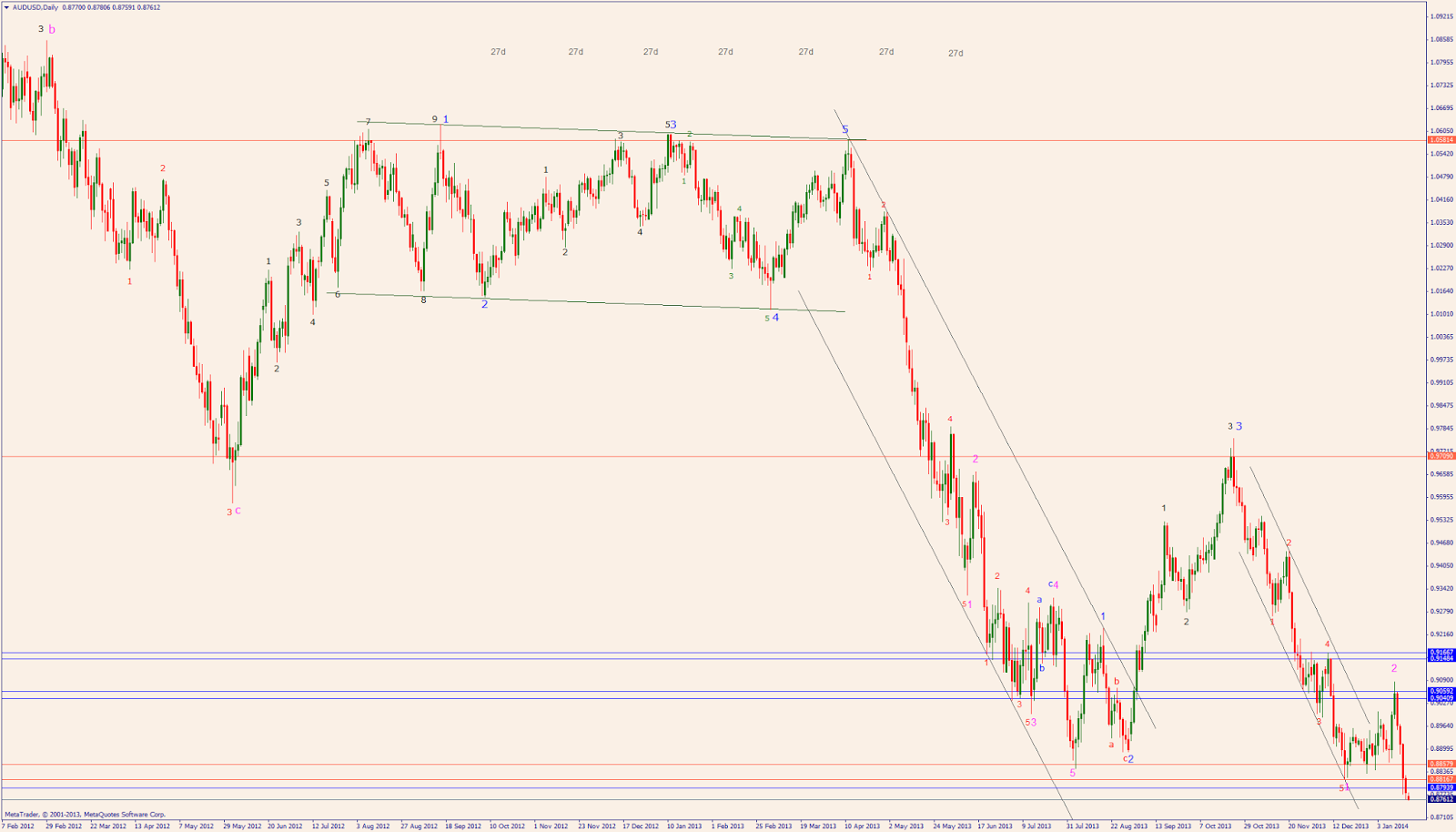 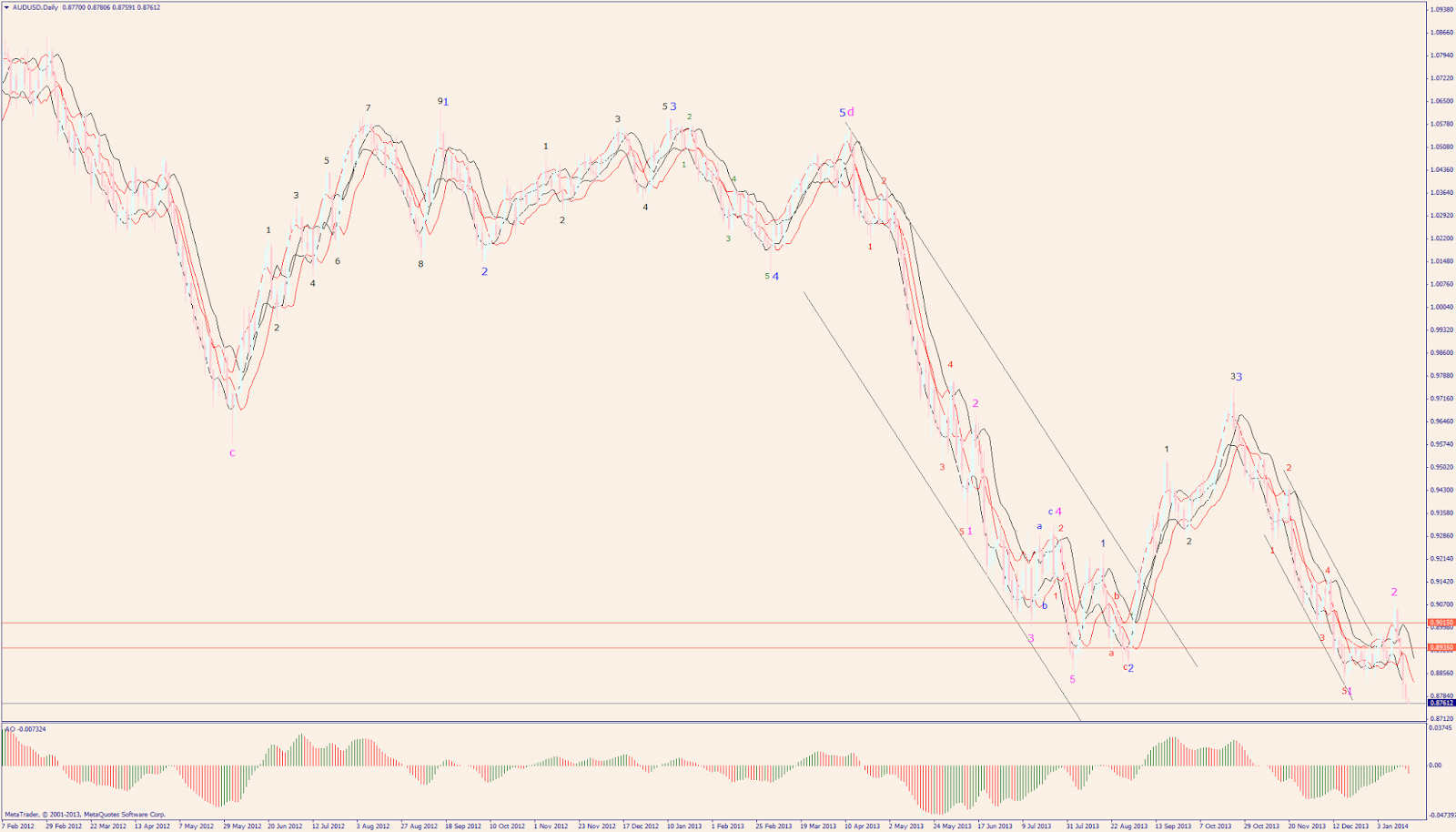 wave oscillator over the 4-hour chart - click to enlarge 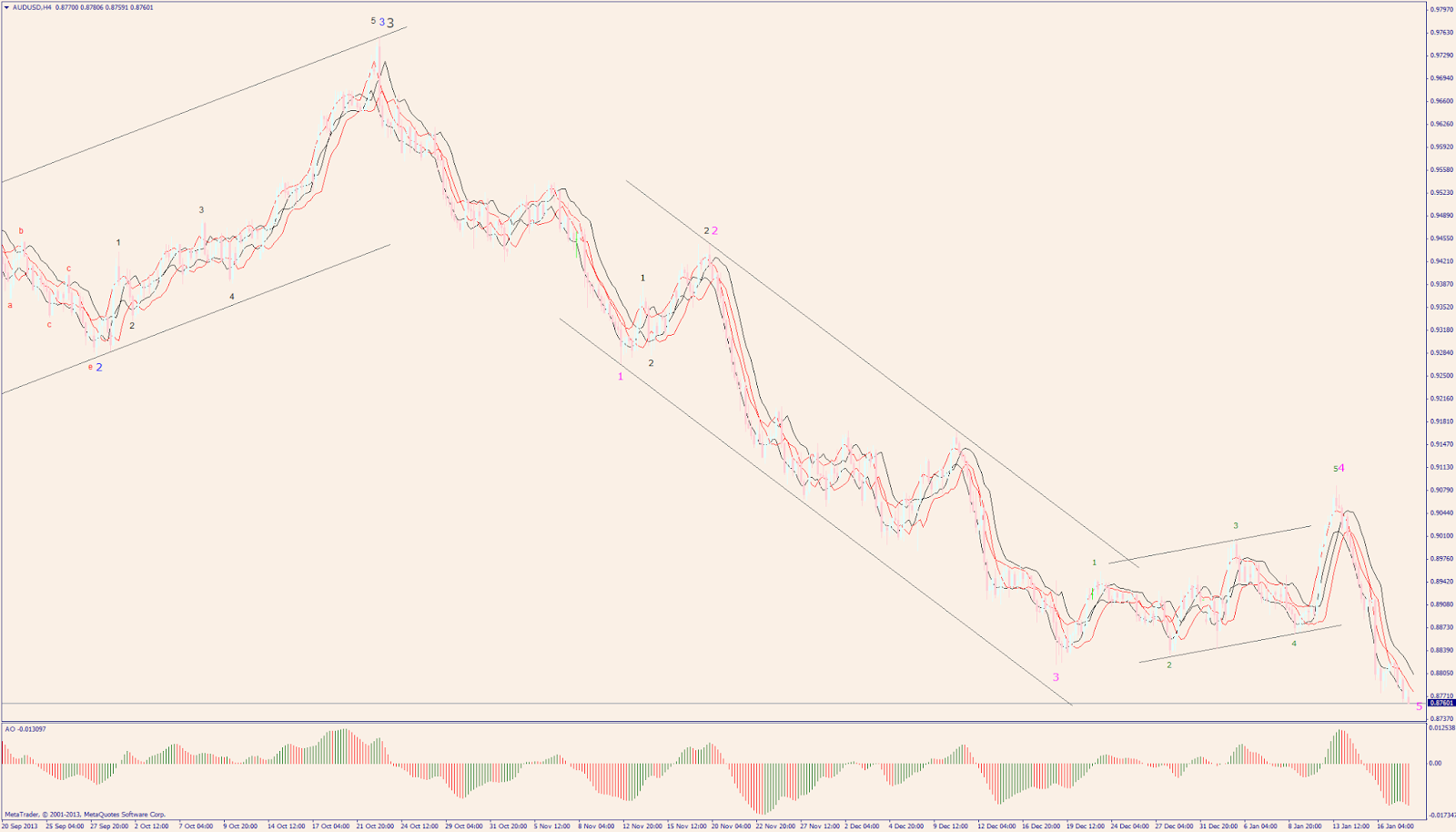 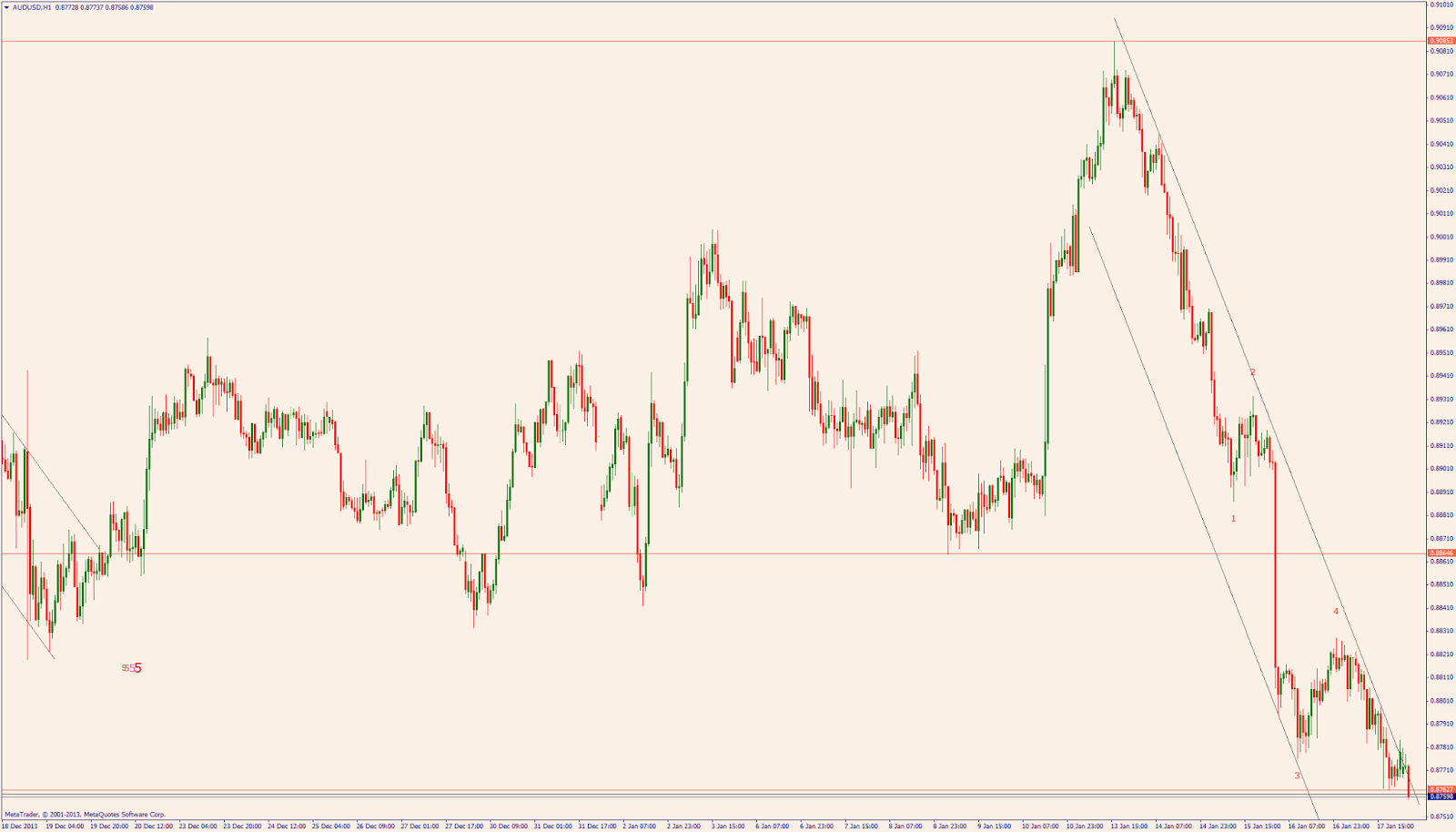 wave oscillator over the 1-hour chart - click to enlarge 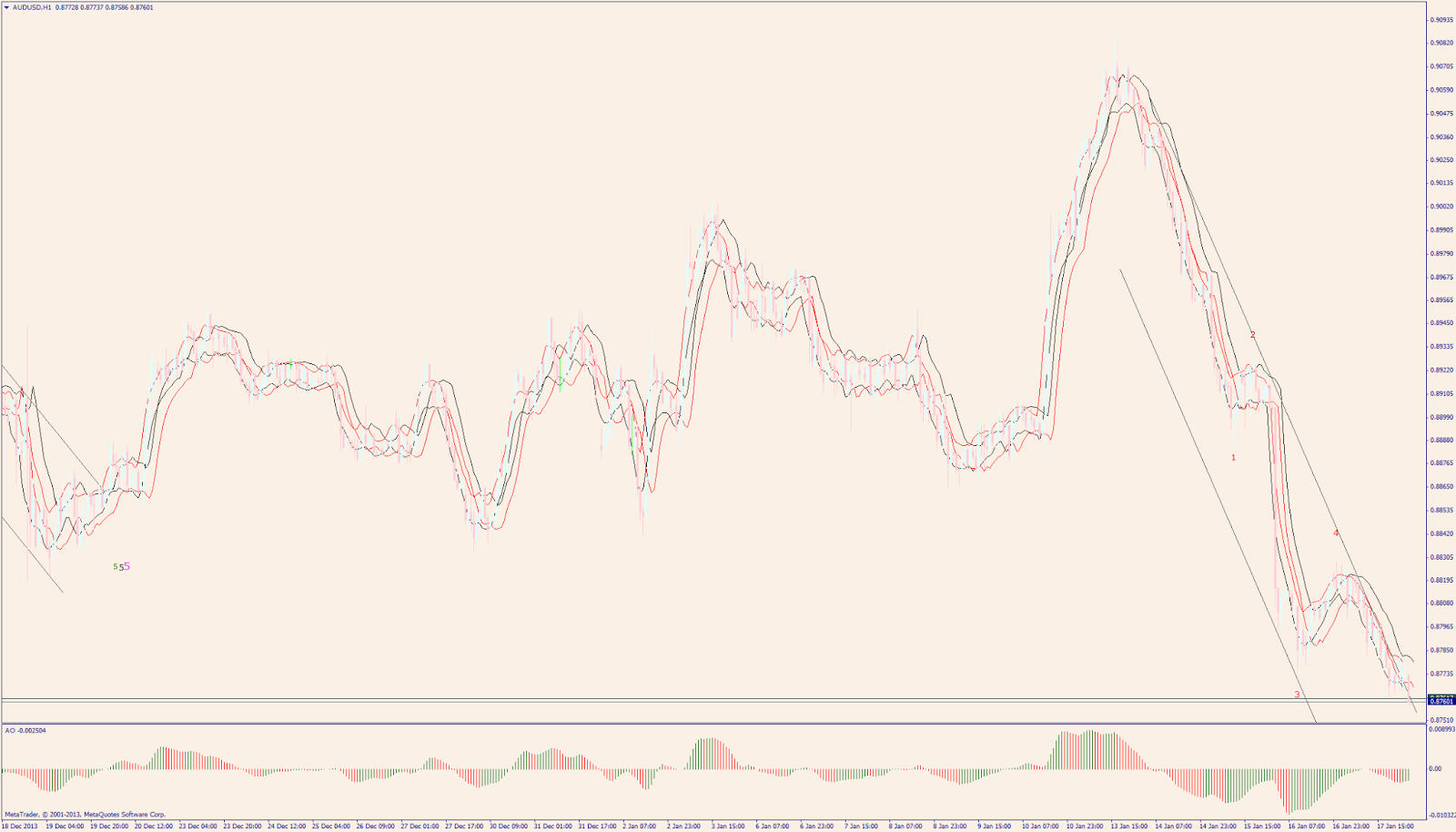 Posted by Mario D. Conti at 10:23
Email ThisBlogThis!Share to TwitterShare to FacebookShare to Pinterest