There's still a chance of a last minute jump to 0.9388 before reversing.

As in the monthly chart, the AUDUSD as completed 4 waves out of 5 and started wave 5 downwards. Typically, this wave will be performed in 5 waves of a smaller degree.

Enter your trade only when you have a valid cross of the 2 inner lines in See the W.O. build on the daily chart. Remember to place your "trailing stop" according to the "instructions" from the wave oscillator. 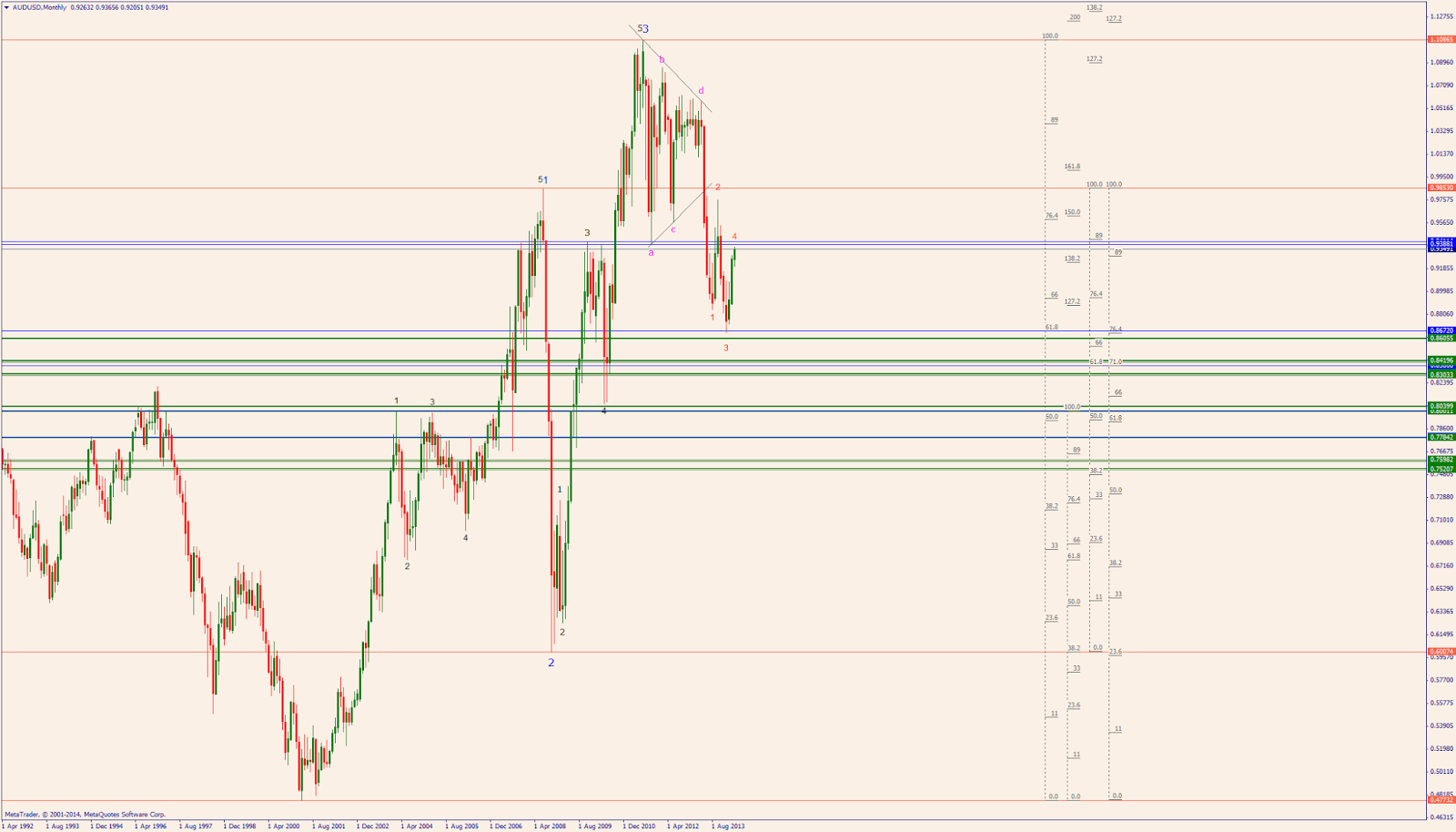 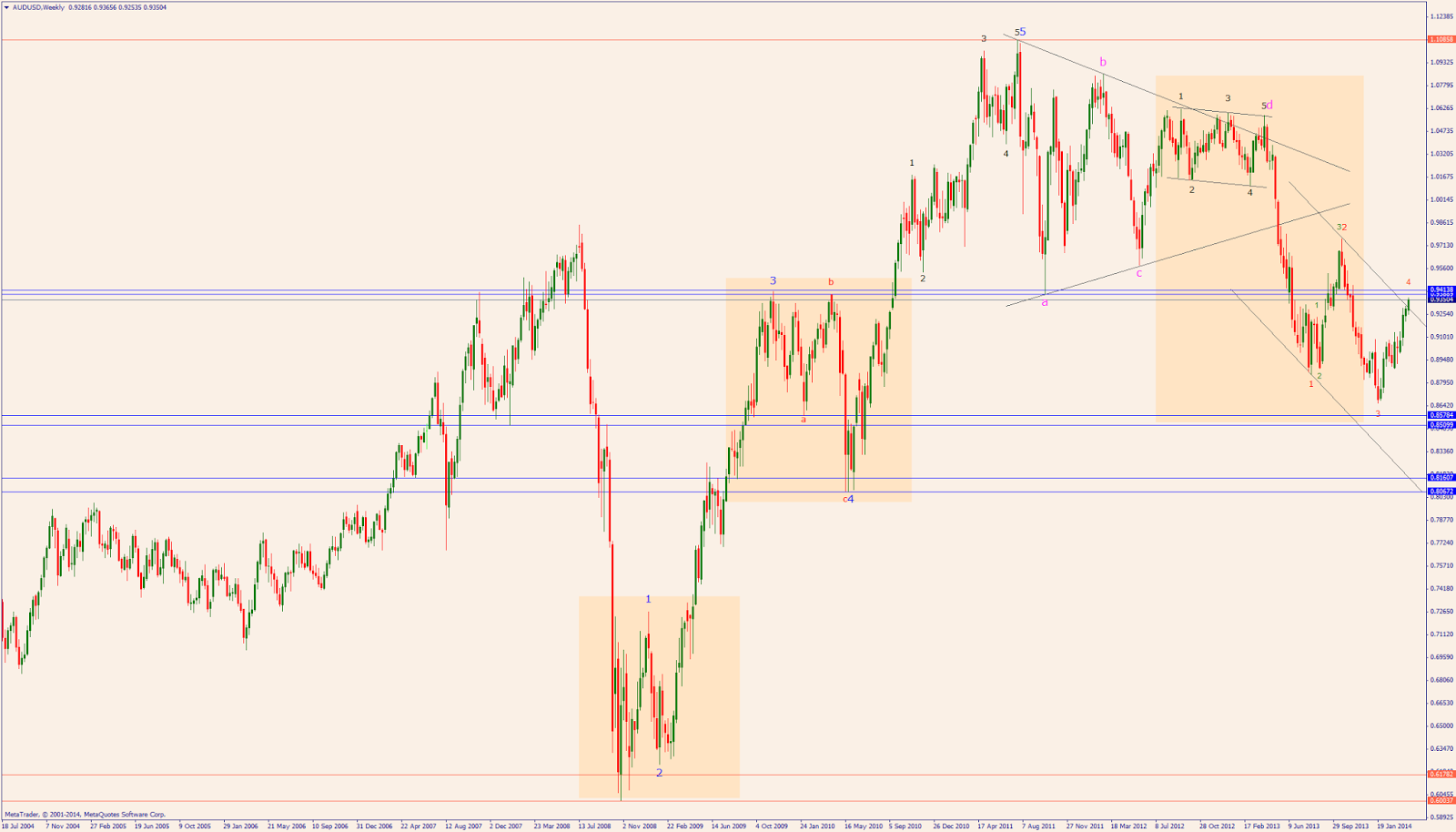 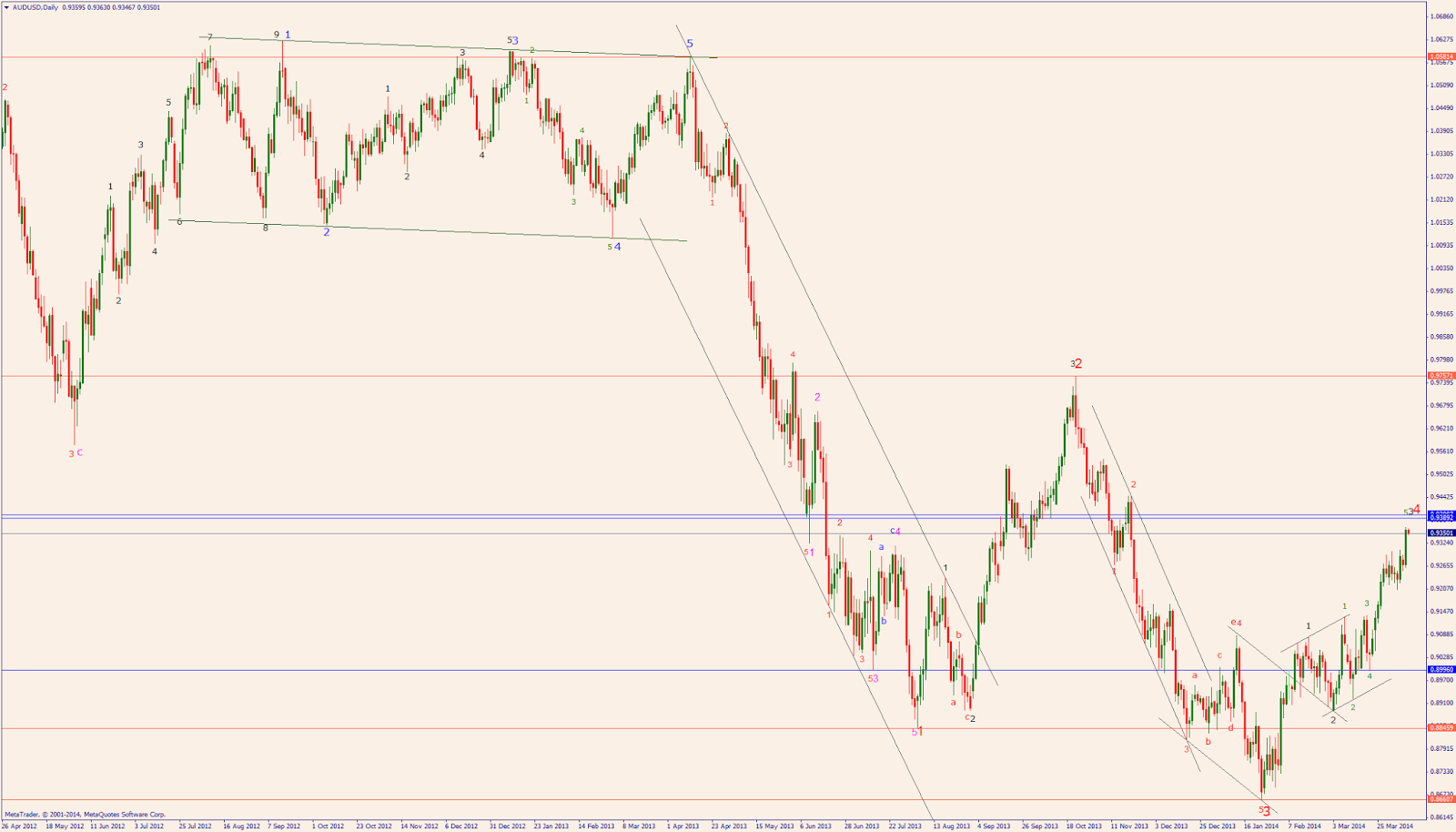 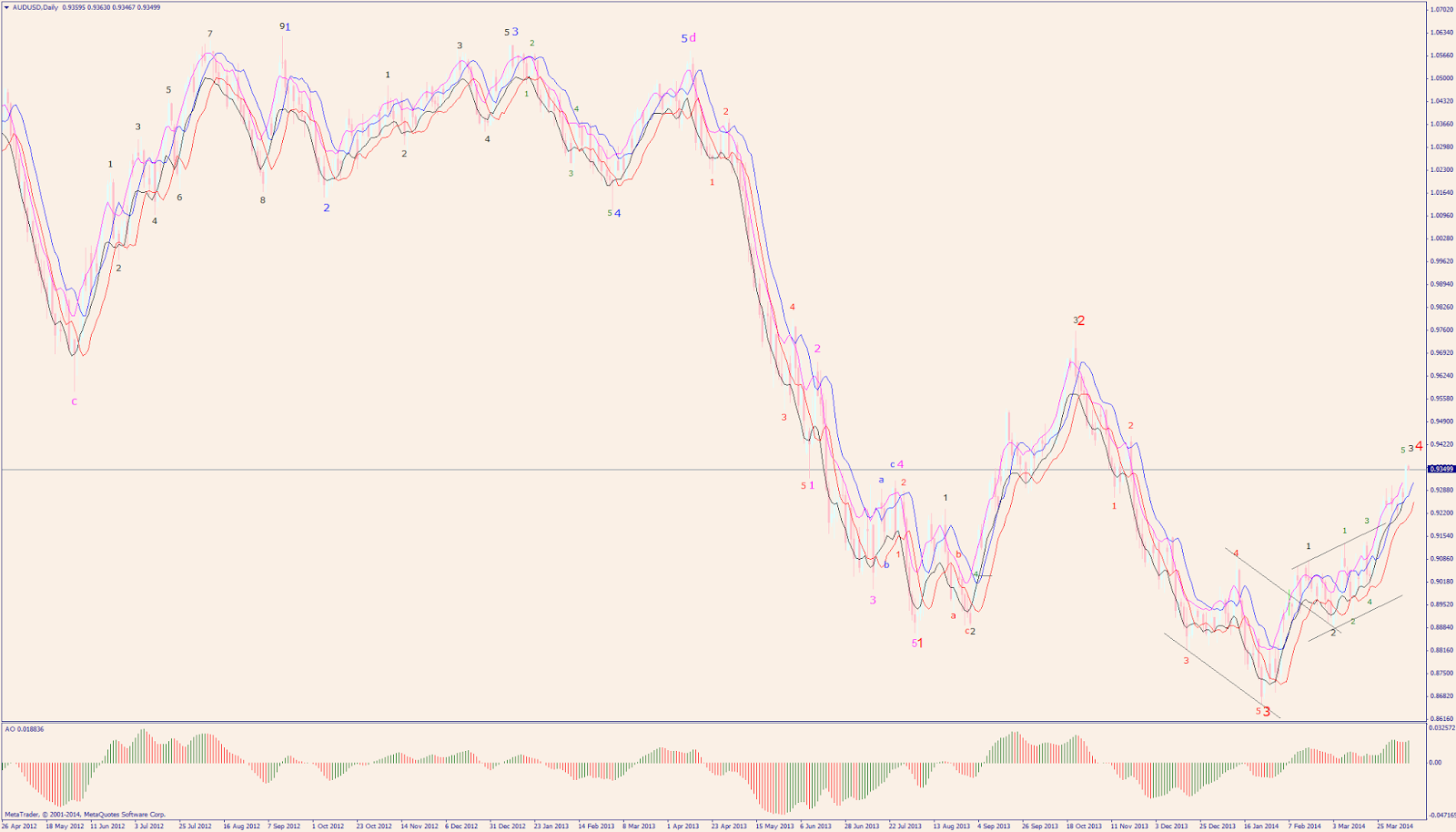 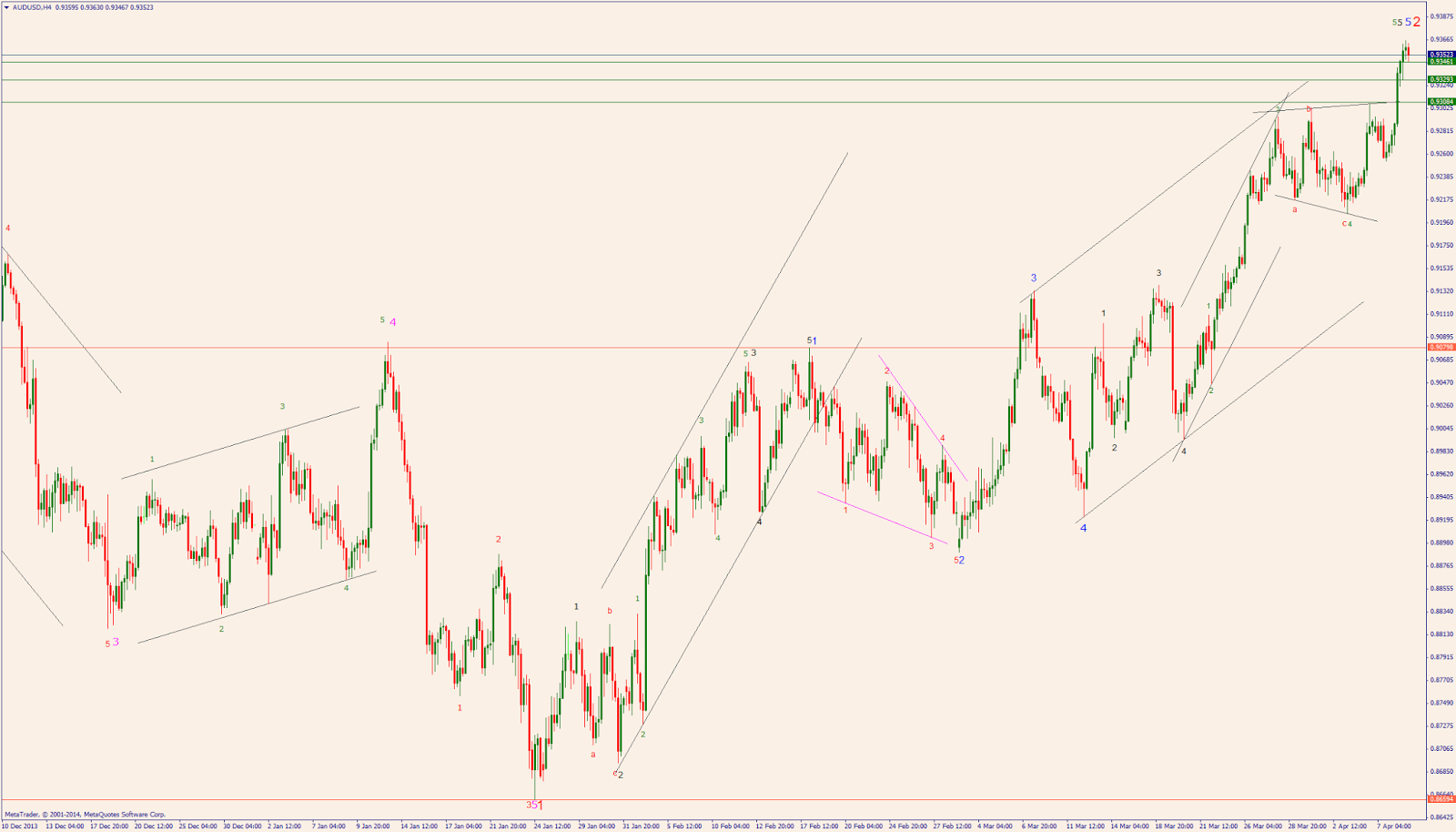 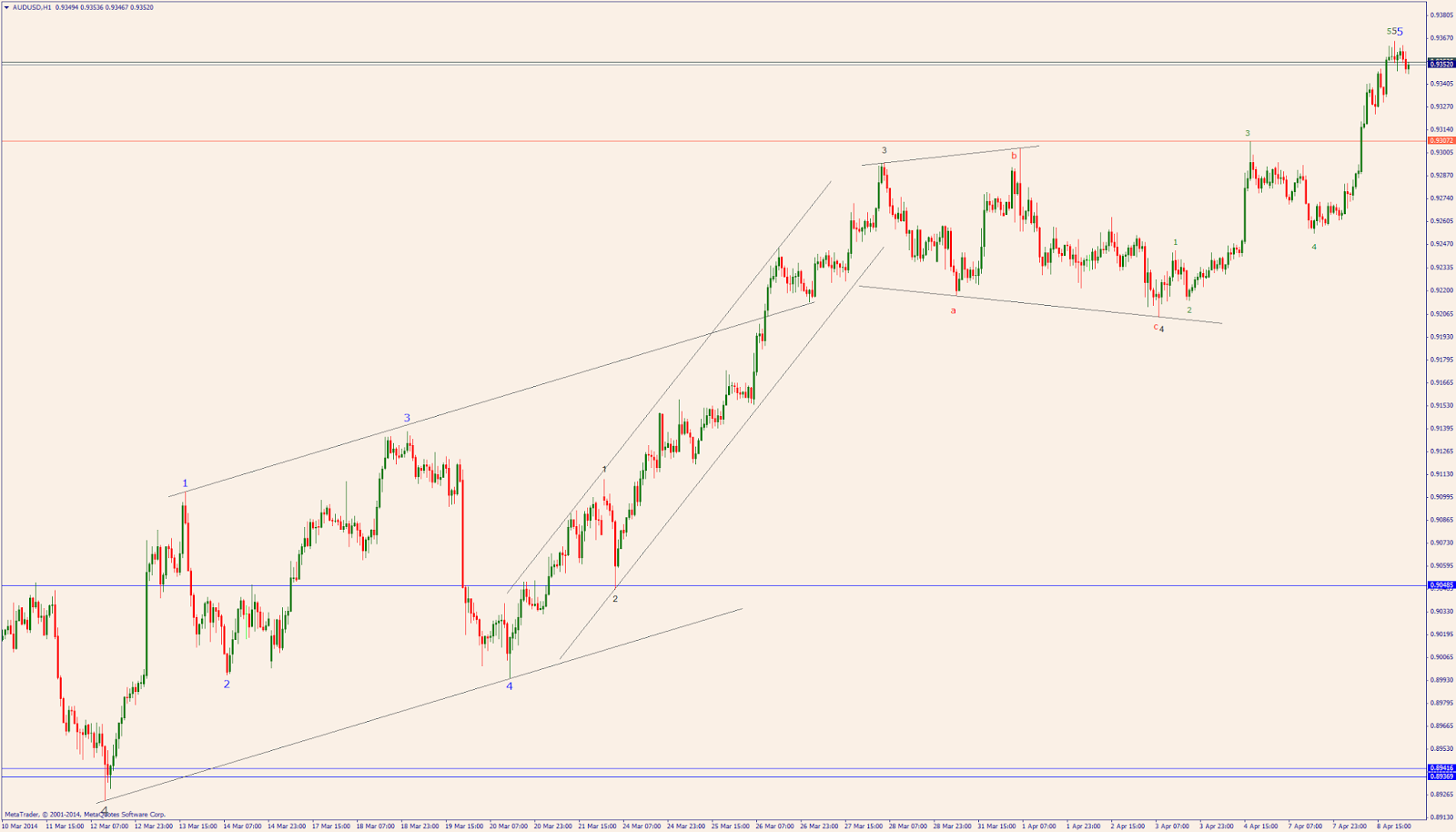 Posted by Mario D. Conti at 09:47 No comments:
Email ThisBlogThis!Share to TwitterShare to FacebookShare to Pinterest

EURUSD almost down to target, then rebound

As expected, the WO didn't deliver any entry point for this short as it wasn't safe enough. It will happen when the next downtrend resumes. 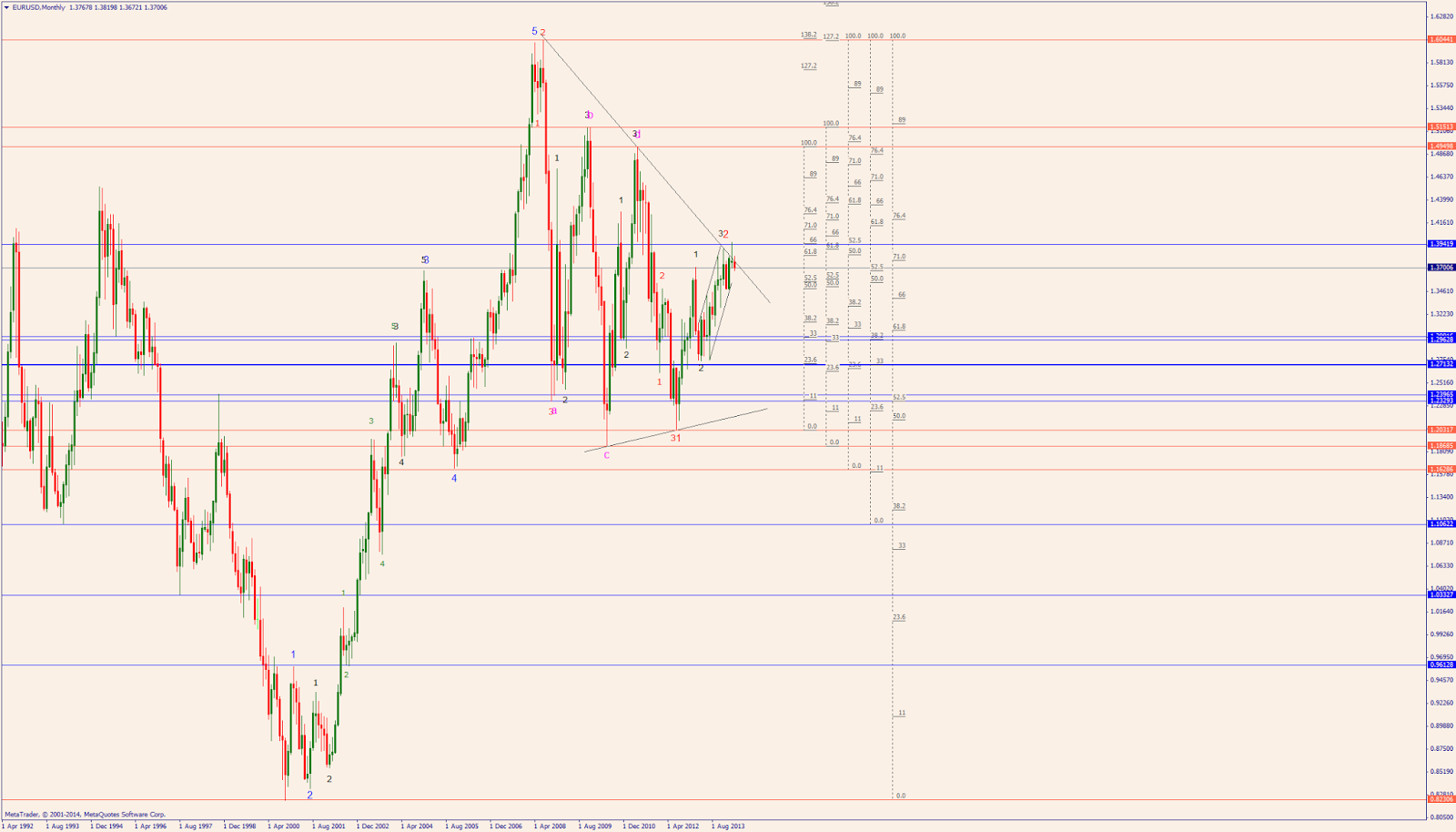 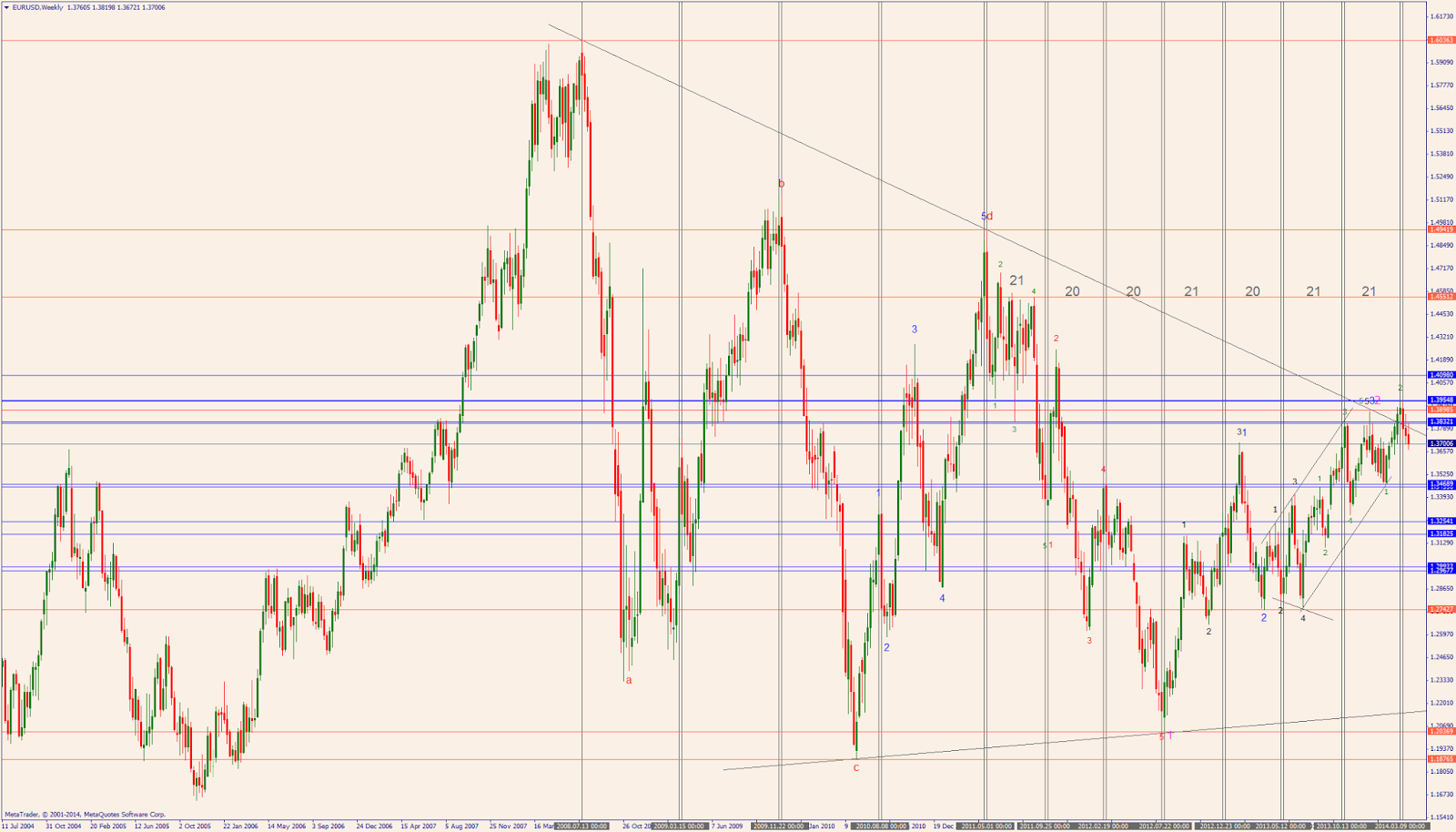 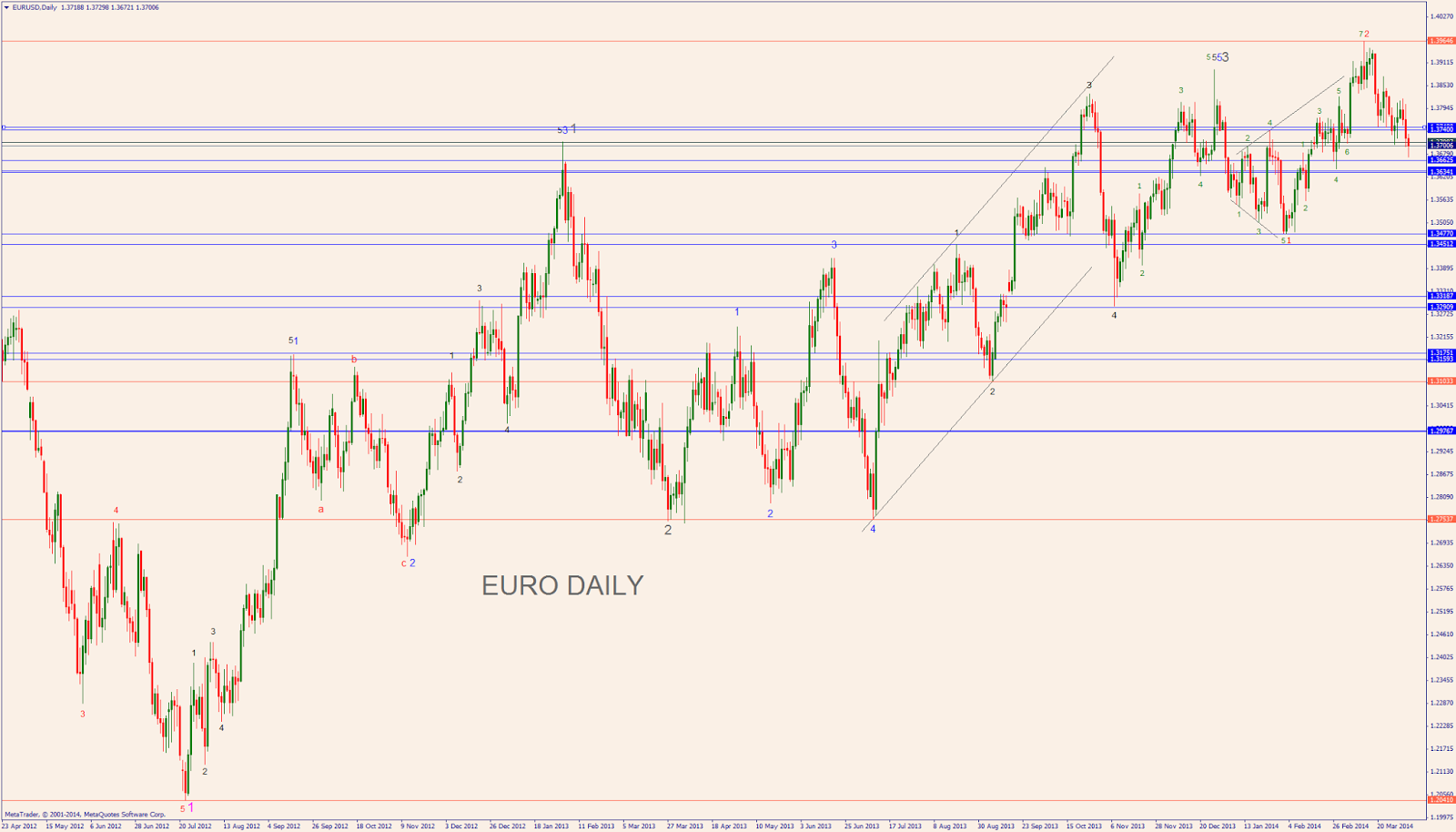 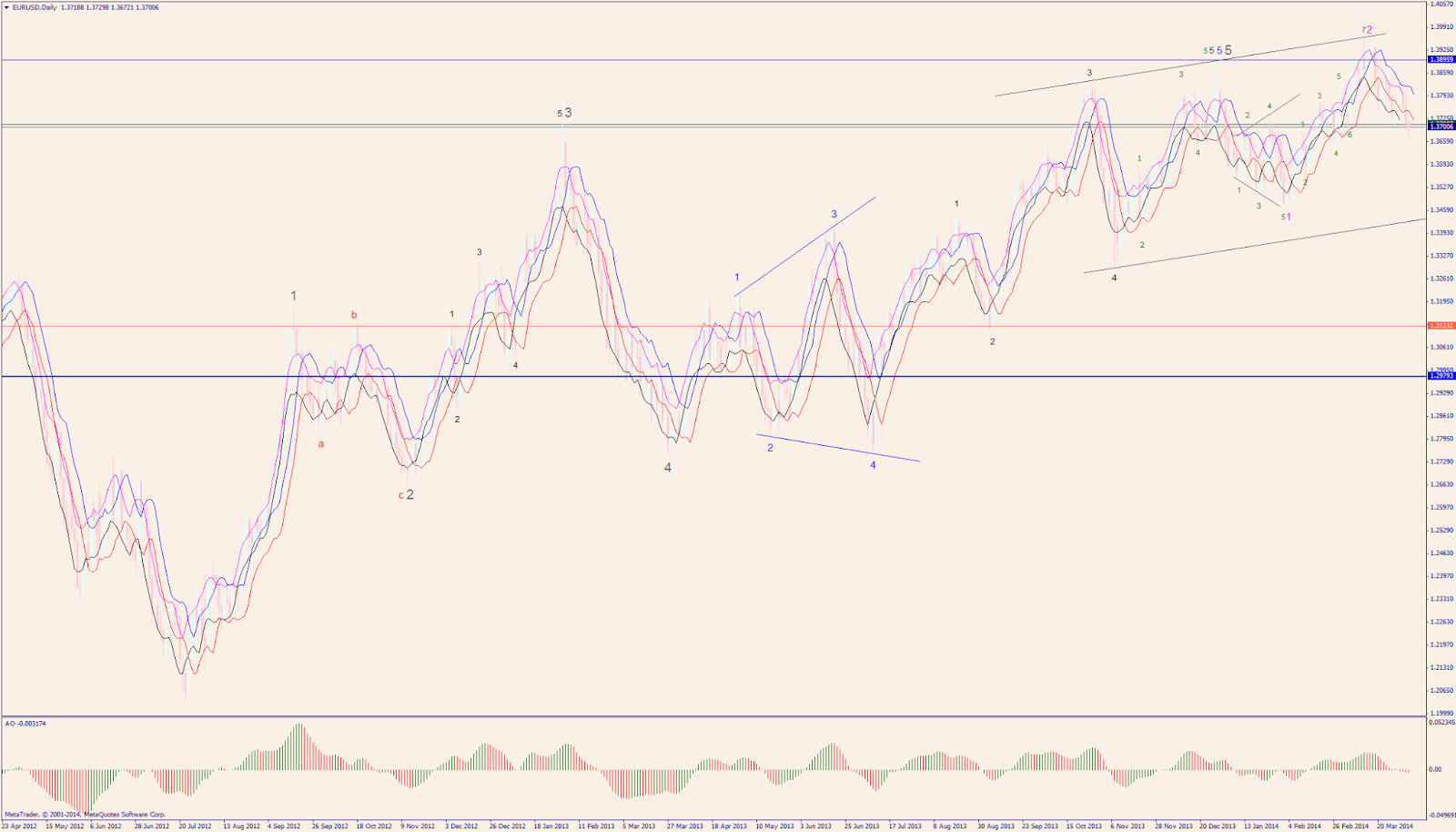