The Aussie Dollar that set a low at 1.018 could stage a very limited rally before finally heading South and start a new major downtrend.

In the monthly chart below the AUDUSD has completed all 3 major waves up typical of a "Giant Two-Step-Pattern" started in April 2001 and ended in July 2011 at 1.1085.

After performing wave 3 up to the top (there are supposed to be only 3 waves), we started 4 retracement waves out of 5 (in magenta) in trading range.

NOTE: see the "breakaway" candlestick around number 4 in magenta , which is a powerful reversal pattern (4 doji candles + a wide red real body). 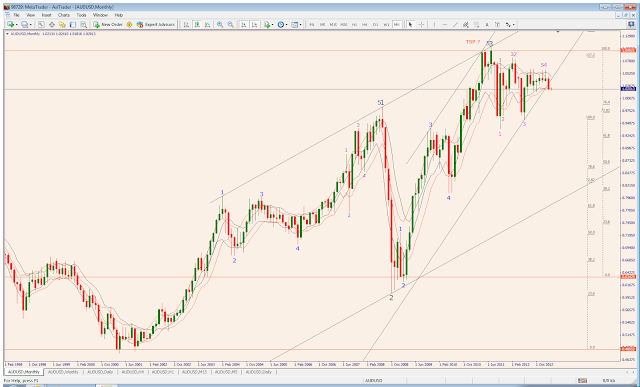 See the 4 waves in magenta in the weekly chart below 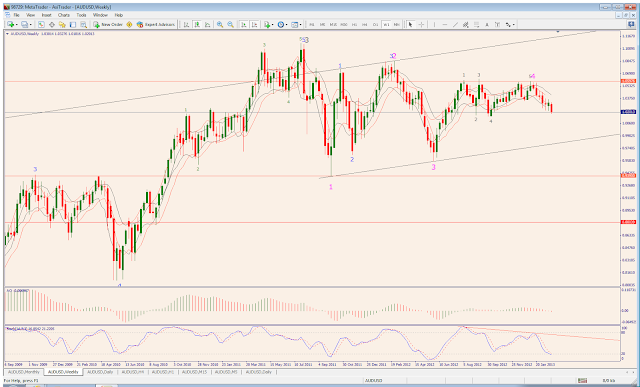 As shown in the daily chart below there should be a little correction upwards to the resistances at 1.0317-1.0336-1.034 followed by a major downtrend.

Note: the above targets could be a good Entry Point for a great short, provided that you wait for the complete development of an a-b-c up (two-step-pattern). 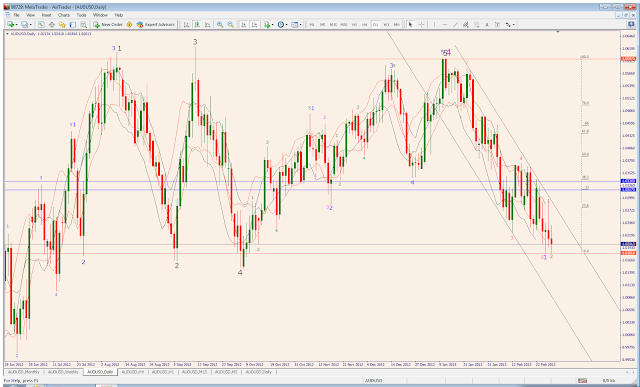 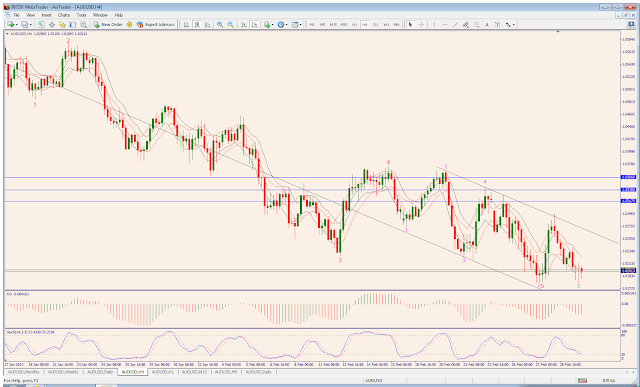 Finally, please use the "wave oscillator" plotted in the 1-hour chart - or lower - before entering the new trade. 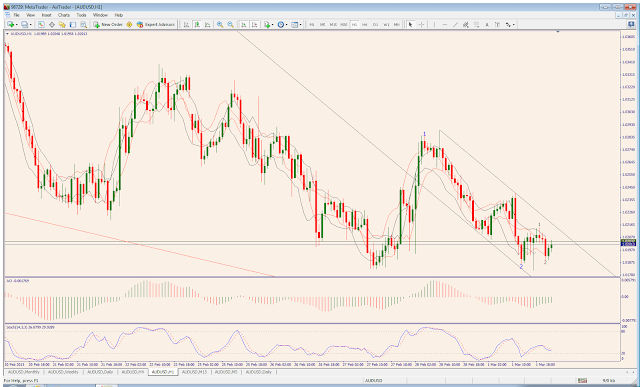 The wave oscillator in the 15-min chart below shows that the new little retracement up is already started. 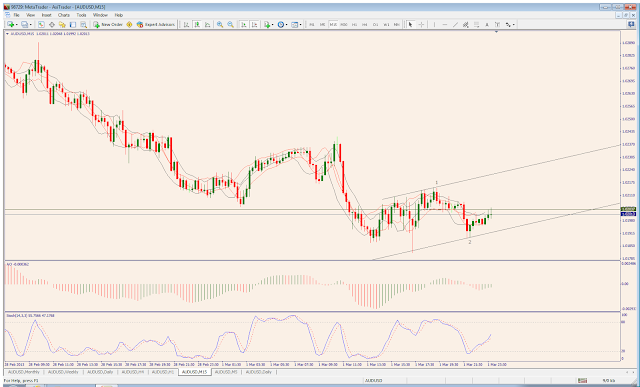 HOW THE OSCILLATOR WORKS

The red and grey lines swapped positions as soon as the new uptrend started: the red lines - which run inside in case of downtrend - moved outside and the grey lines moved inside, showing a new uptrend.
Posted by Mario D. Conti at 21:22 No comments:
Email ThisBlogThis!Share to TwitterShare to FacebookShare to Pinterest
Newer Posts Older Posts Home
Subscribe to: Posts (Atom)