Gold (now at 1241) has made a triple bottom around 1183 (see weekly chart and daily chart) and started a corrective rally as usual. At this stage, there's still no sign of  the typical set of waves that mark the end of the major downtrend started in Sept 2011.

GOLD is almost done with the very minor wave 4 upwards (1-hour chart and 4-hour chart). The new wave down following this temporary top should form the smaller wave 5 of the larger wave 3 (daily chart).

If the present rally tops much higher than predicted (at 1290-93 or even 1318-21, quite possible), then the wave count will need a re-assessment.

If this scenario occurs wave 3 (bottom right of the daily chart) will also take the name of "wave d" and this would extend target of the recent uptrend up to  1290-1321 to form "wave e".

Hence, if this scenario materialises, GOLD would need few more weeks to reach the bottom of major wave 4 (up to the last week of Dec 14).

If all this is true, a very major uptrend should then follow. 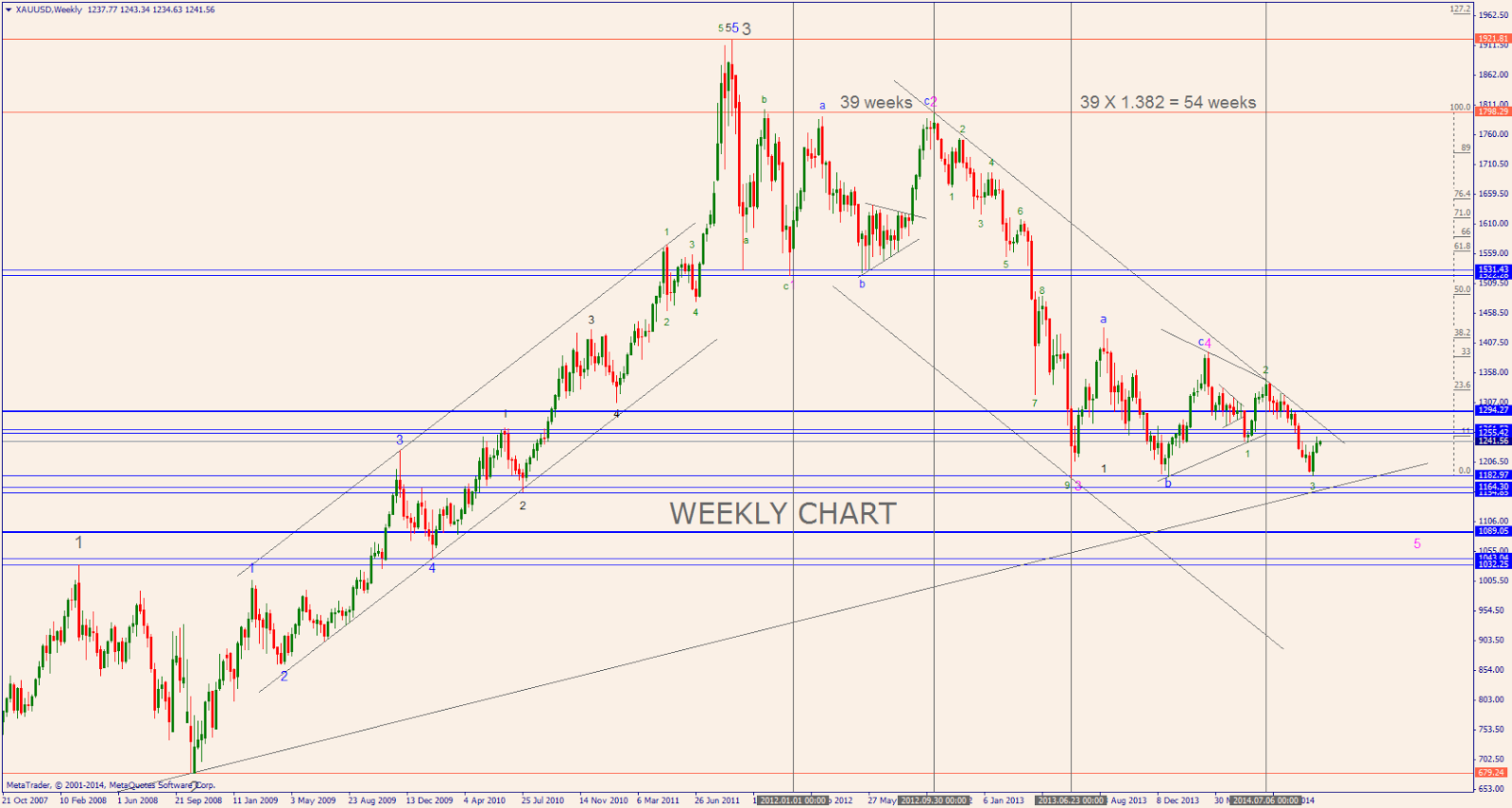 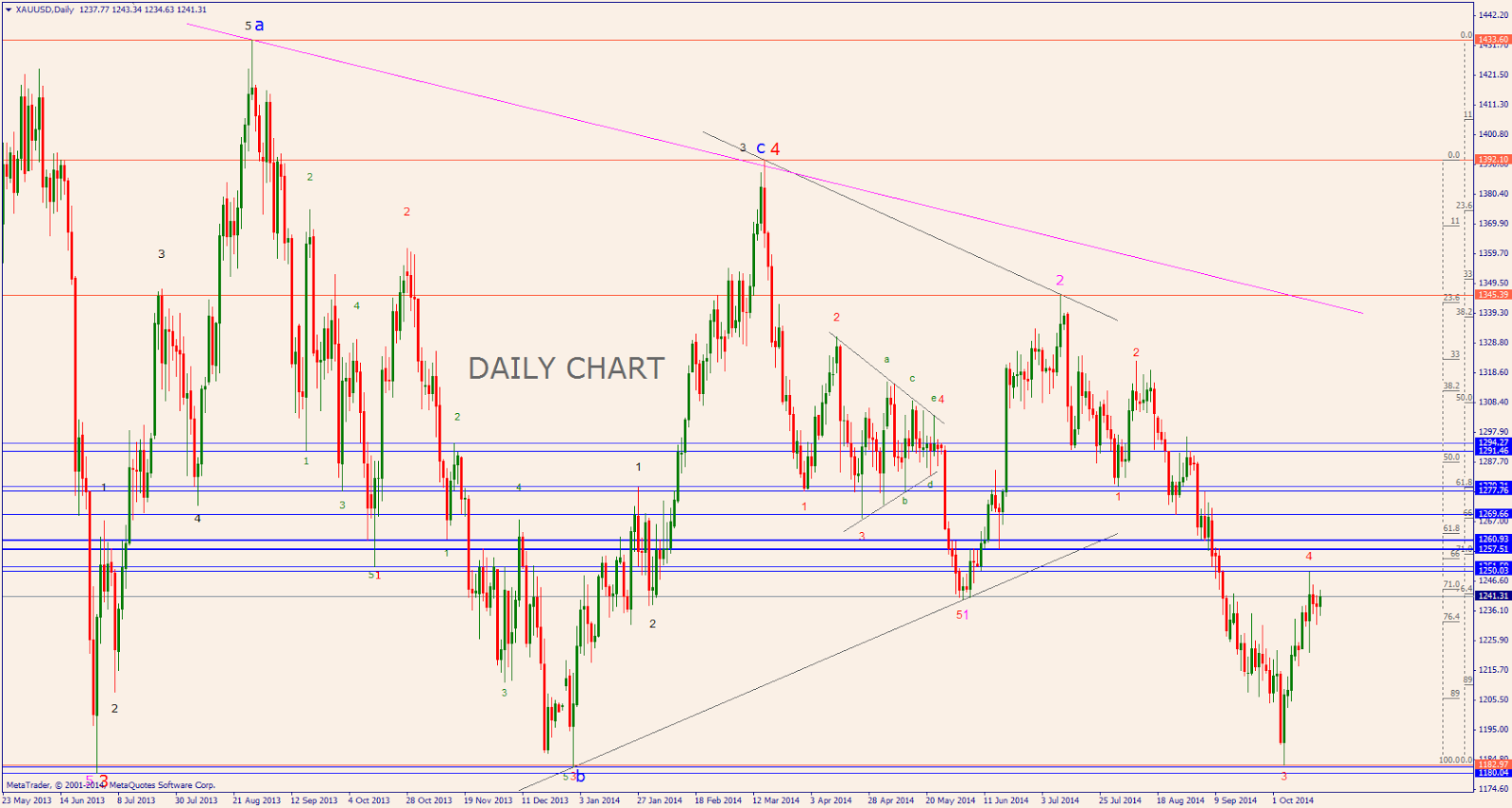 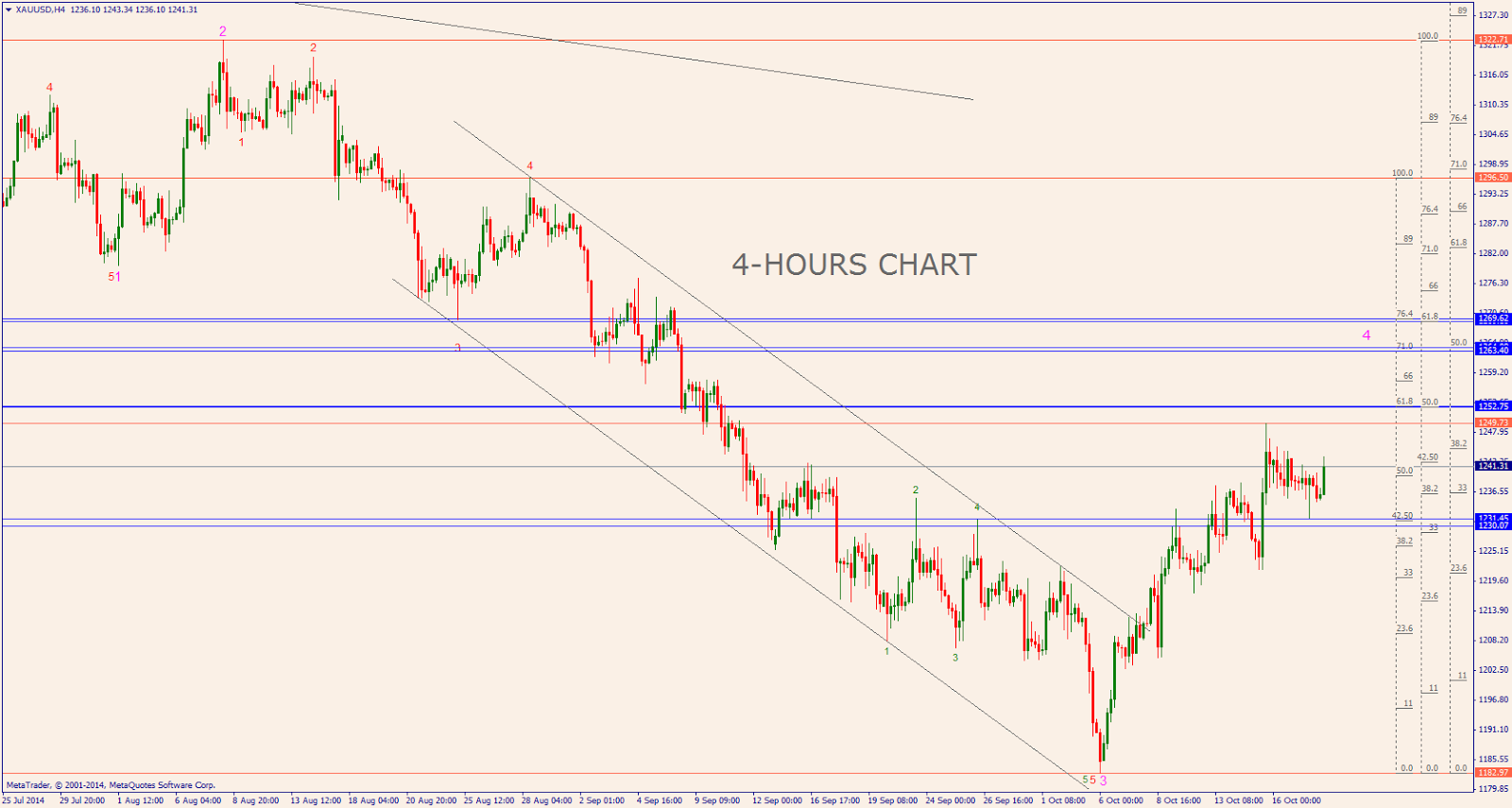 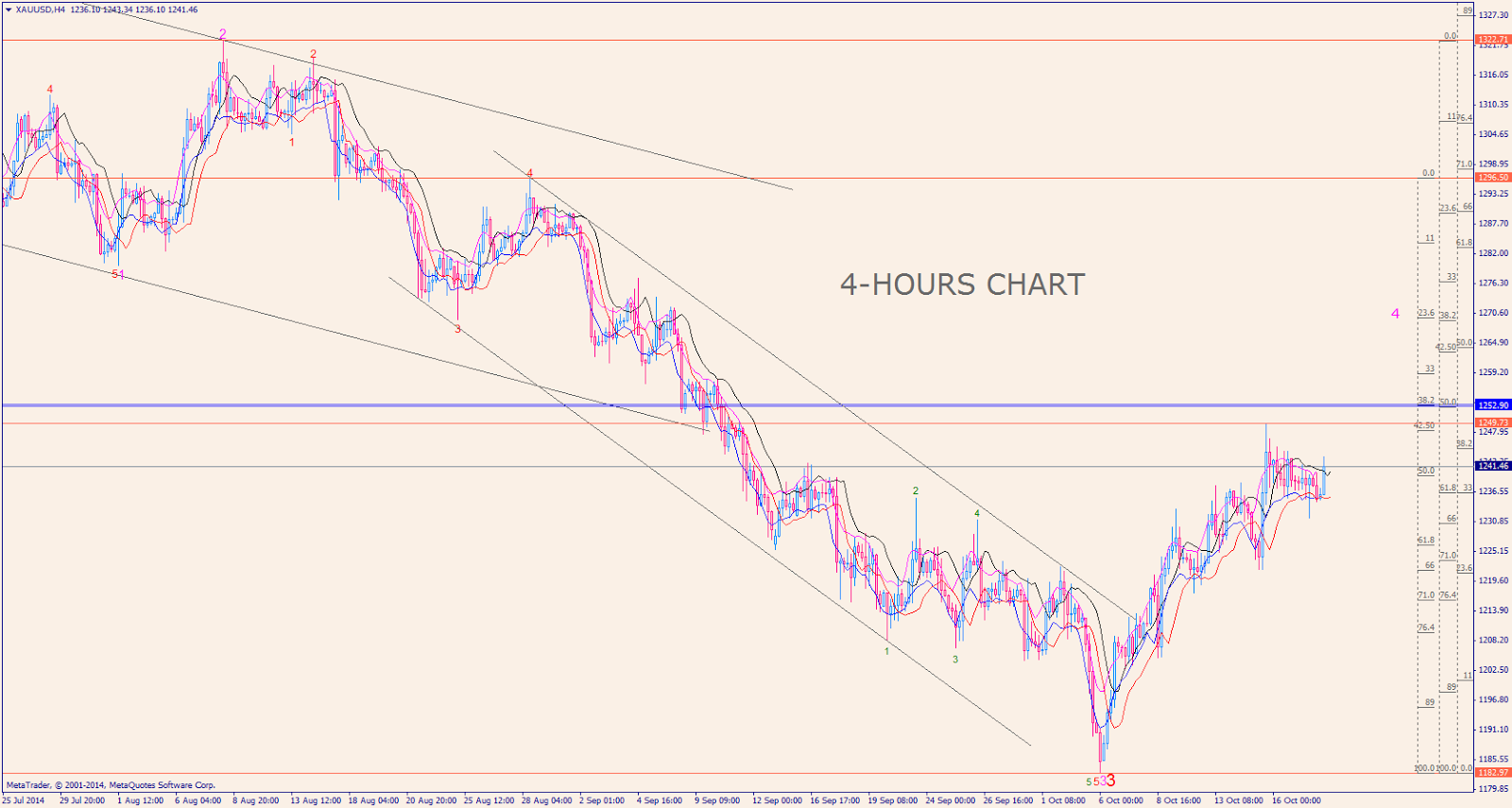 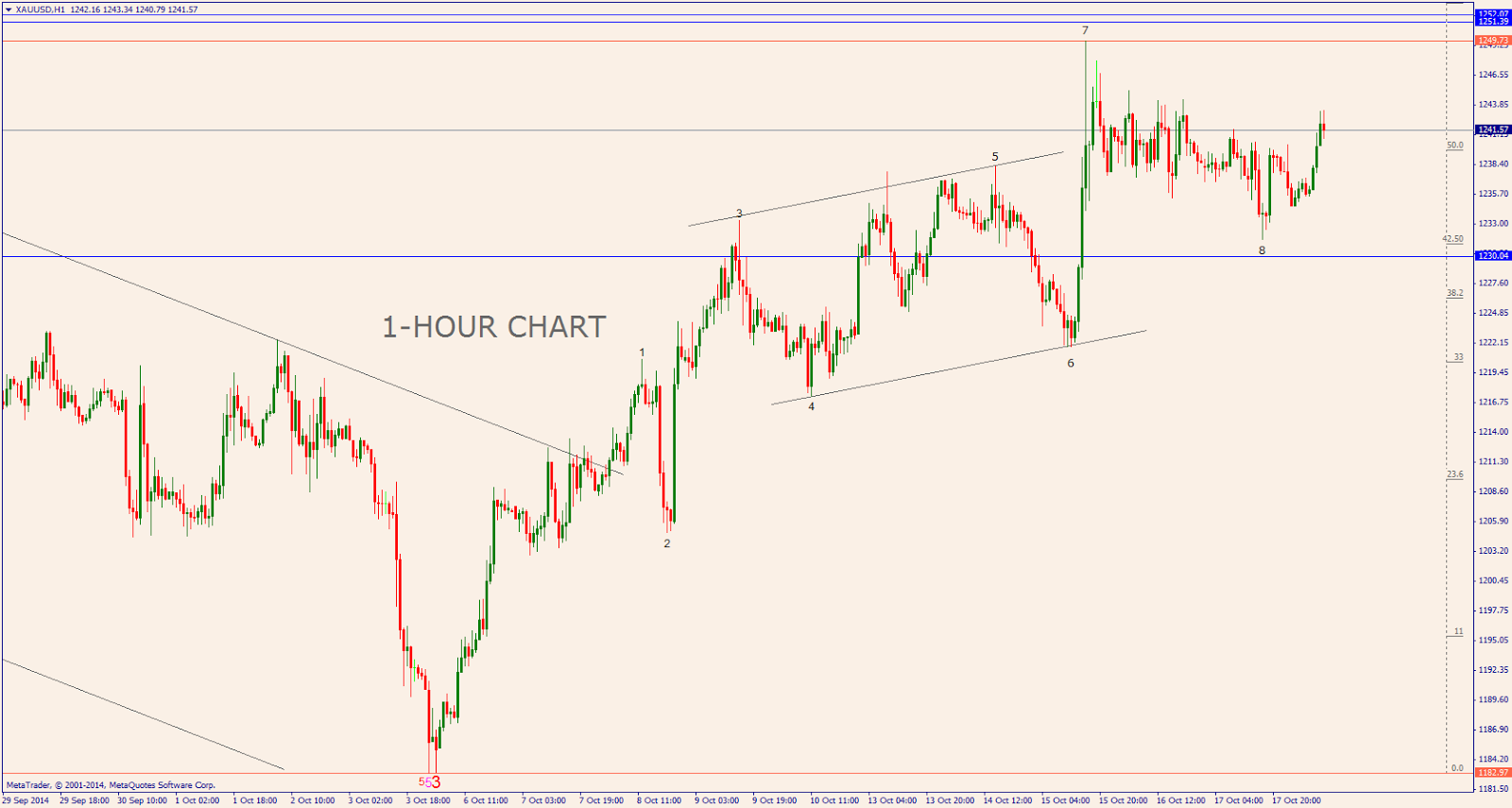