GOLD and the CBGA 4

Why is this catching the attention of the investors in Australia?

The first CBGA was signed in 1999, limiting the amount of Gold that signatories can collectively sell in any one year to 400-500 tons. There have since been two further agreements, in 2004 and 2009.

The new agreements are important to the Gold Market for 3 reasons:


1) First, they mark an ongoing commitment by some of the world largest holders of gold to coordination and transparency in the gold market.

Back in the late 1990s, uncoordinated gold sales by European Central Banks had a significant destabilizing impact on the Gold market.

2) Secondly, they clearly restate the importance of Gold as a reserve asset in Europe.

3) Thirdly, they provide solace to gold producing countries - including Australia - that uncoordinated gold sales by some of the world largest holders would not undermine their economic development. 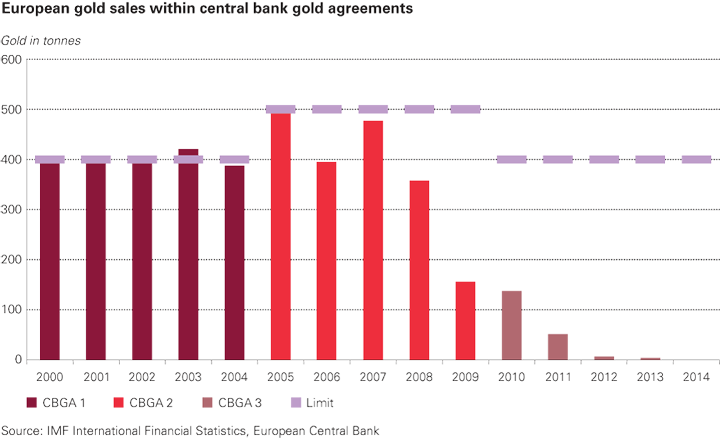 An important difference between these agreements and the previous ones is that CBGA 4 contains no quantitative ceiling.

CBGA 1, 2 & 3 each contains an annual cap on the amount of gold that can be sold collectively of between 400-500 tons per year.

The lack of a quantitative ceiling this time around reflects the fact that there is no longer any appetite for gold sales.

Having sold this substantial amount of gold under CBGA 1 & 2 and a smaller amount under CBGA 3 European central banks are clearly now comfortable with the level of gold in their reserves.

For the foreseeable future the message is very clear: European gold sales are over.


CBGA REPERCUSSIONS ON THE MARKET

After six months of very high volatility the yellow metal was subsequently hammered back to the lowest low, forming a triple bottom.

Hence, what it's supposed to happen on September 27, 2014 when the fourth GBCA is going to be enforced? Let's see the weekly & daily charts. 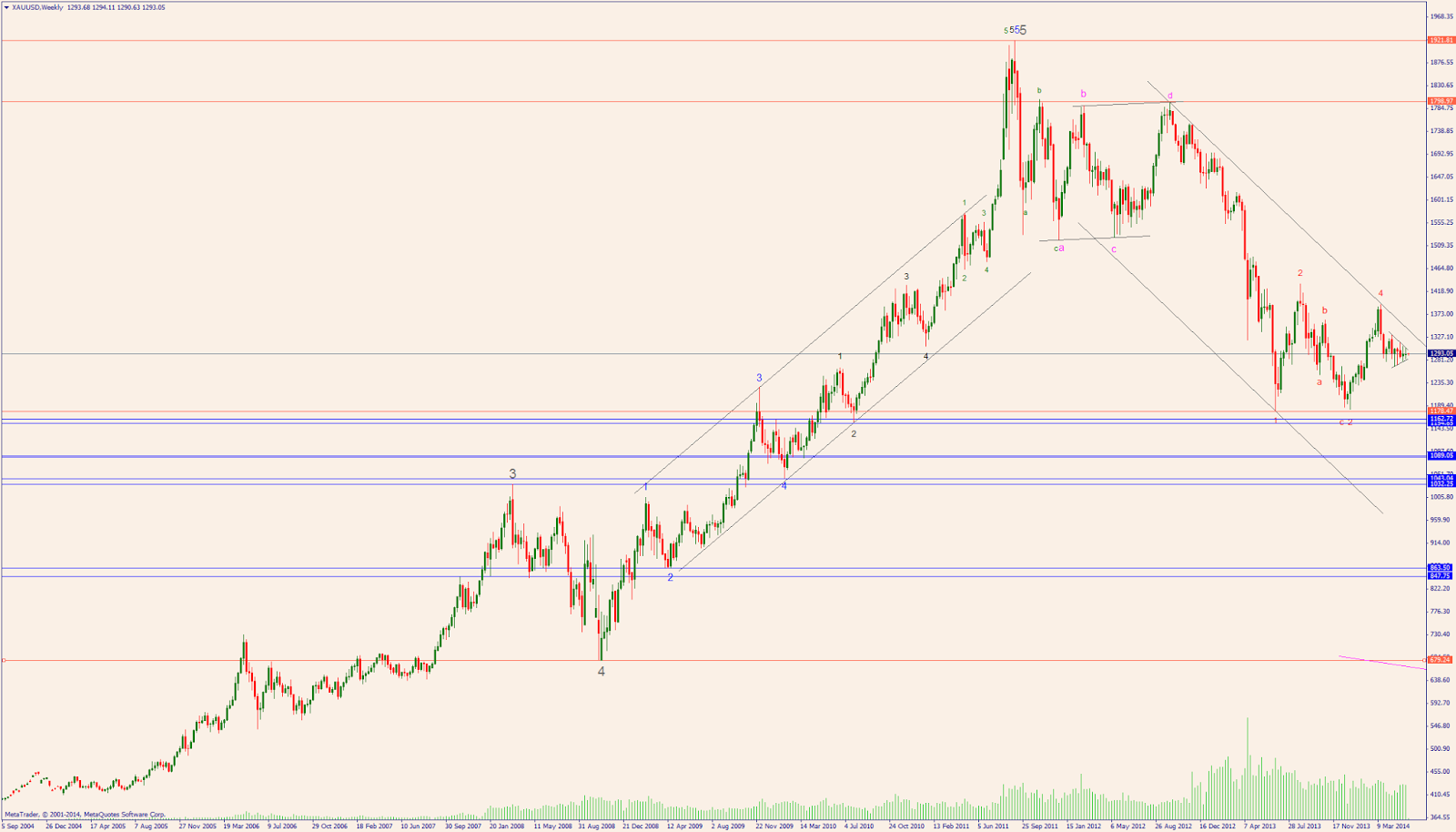 Conventional Technical Analysis would trust the double bottom in the weekly chart above but it doesn't give you a reasonable timeframe for this to occur.

The Elliott Waves are a bit more helpful by revealing that the wave count  requires one more leg down (wave 5) in the weekly chart  before starting a new uptrend. This should take few months and September is far away.

If the latter is true, Gold should move a bit further down to the area 1174-54 (or lower) in 5 smaller waves to establish a primary low. Afterwards, it might resume the trend up.

- Besides, Gold is quoting now at 1293, which is the perfect centre balance of the triangle. See the 4-hour chart below. 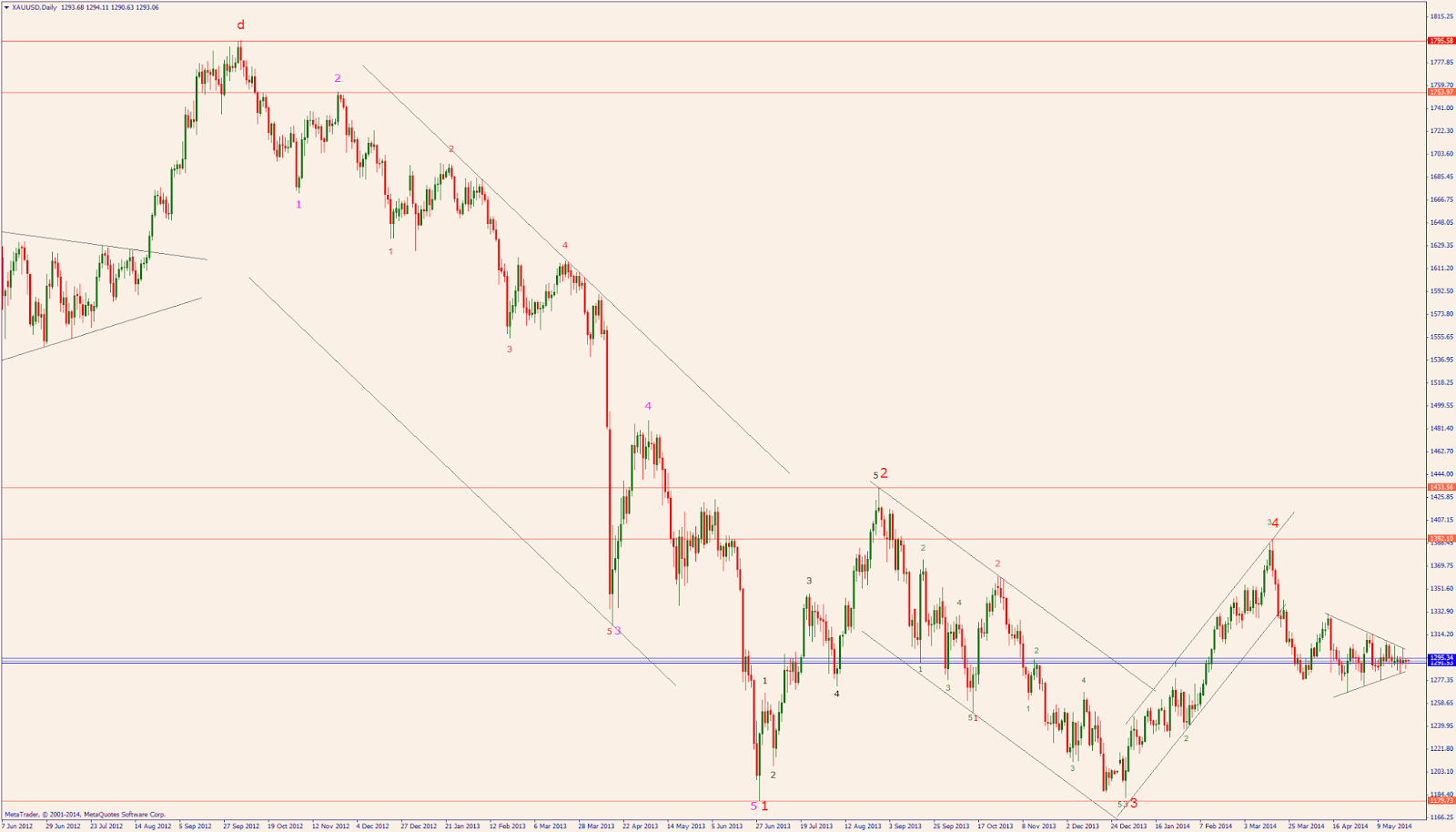 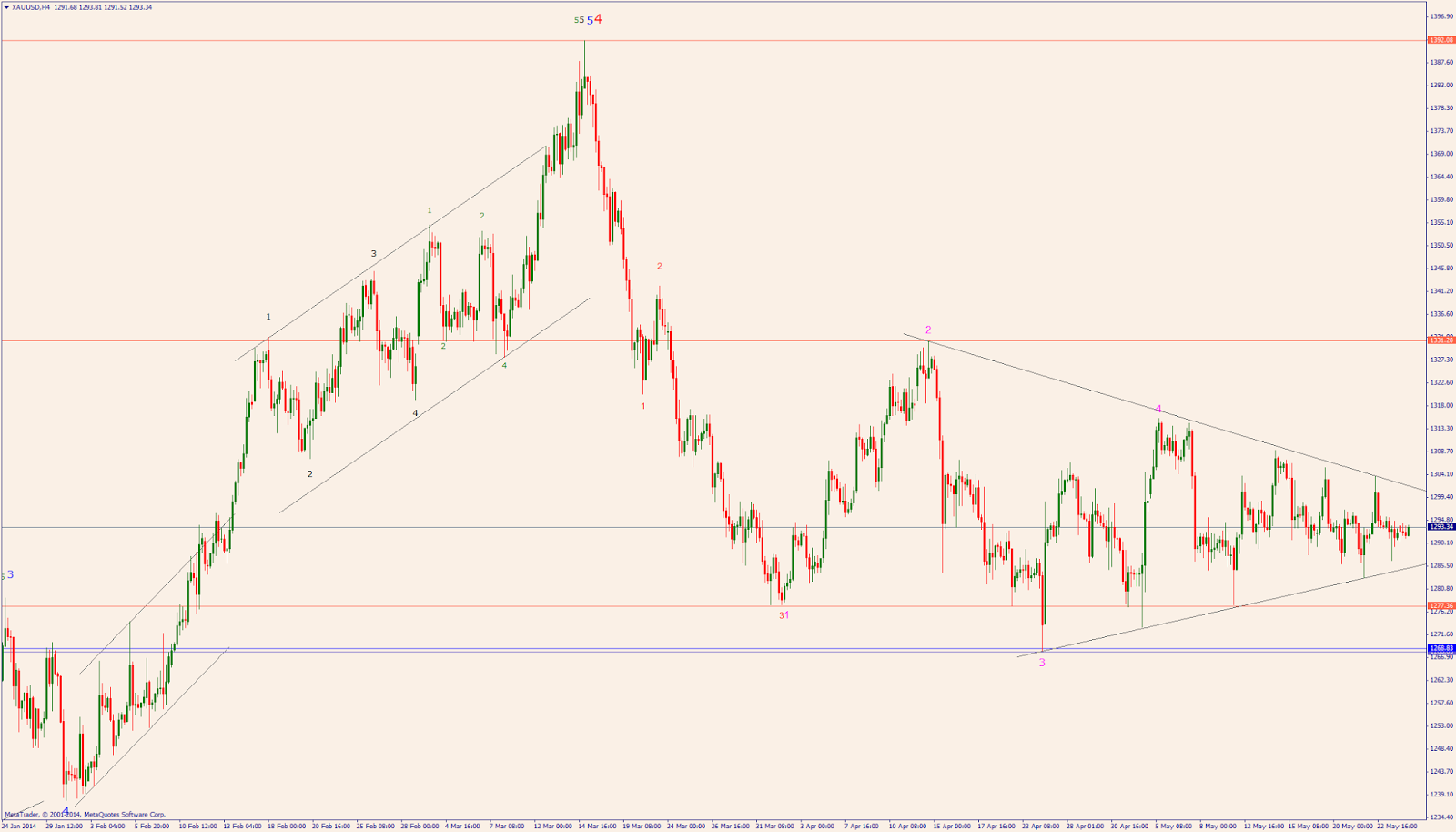