For those traders who want to get to the professional level, please check my mentor program.

The daily chart and the weekly chart clearly show that the whole set of Elliott waves and sub-waves is religiously in place, confirming the assumption of the completion of major wave 4 and the start of a new downtrend (major wave 5)

The WTI OIL is on the way to complete five waves down to USD 55-54 (see 4-hours chart). After the completion, it's expected to stage a three retracement-waves up to USD 65-66 (see the monthly chart). 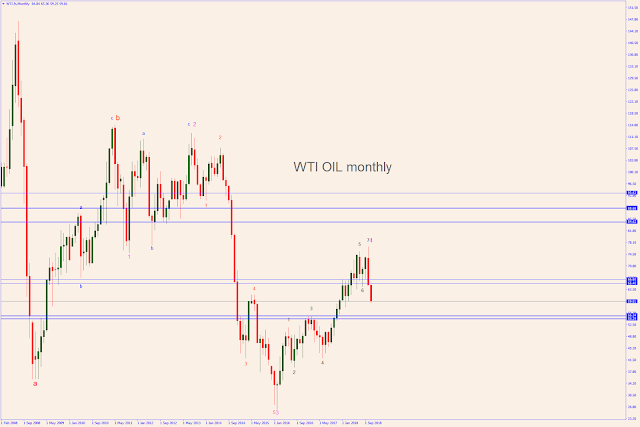 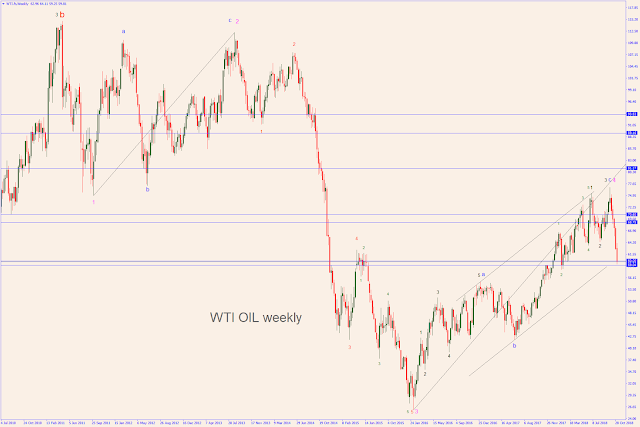 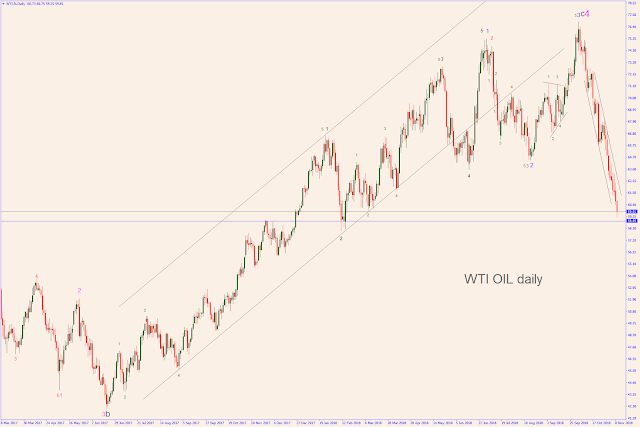 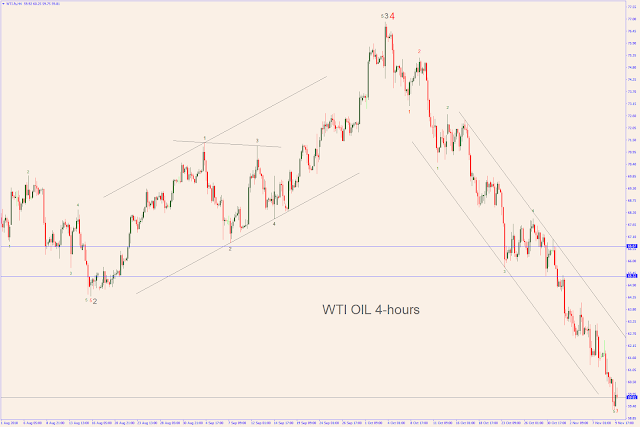