Although the ASX 200 (now at 6475) has still the potential to get to 6800, the current uptrend doesn't seem trustworthy anymore and it might be more prudent taking your profit home.

The monthly chart shows a pattern that could be a giant wave 4 unfolding with an a-b-c.  Wave b, made of 5 waves up, is almost complete (although unusually built of 5 waves up instead of 3 or 7 waves up). Still, however you want to put it, we might be close to a major top.

This means that we might have seen a top - or be really close to a top - due to the completion of all the major and minor fifth waves.

Finally, the 4-hours chart displays a lot of dangerous reversal candlesticks as well a declining volume. 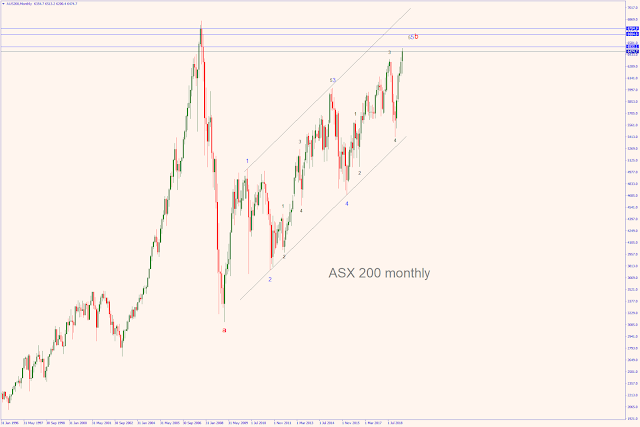 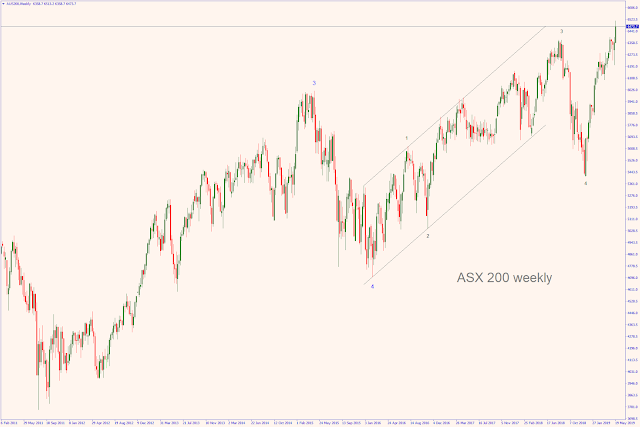 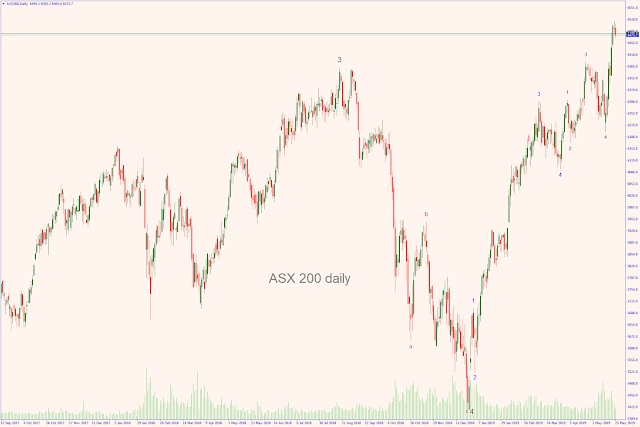 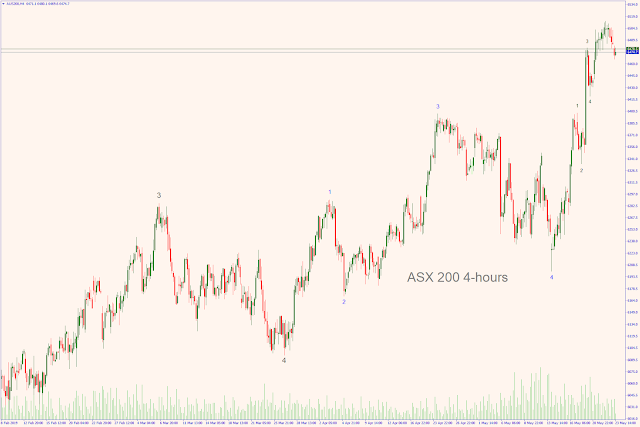