First some apologies for not writing for a month but I now work for Vantage FX in Sydney and there's little time for other activities.


NOTE: If this wave count is correct, this major reversal could get much lower then 5000 over the medium run.


The monthly chart shows that the 3 waves we were expecting (in blue, font 12) are fully shaped. This three waves are part of the major wave 2 (in red, font 14) that topped at 6009.

Theoretically this is it, and, unless the last minute surprise, we don't expect any wave 4 and 5 up. Basically, it's a major reversal.

The 4-hour chart shows that we have started wave 3 down but we have only completed 3 waves out of 5. Hence, expect the SPI 200 to bounce back to form wave 4 up. 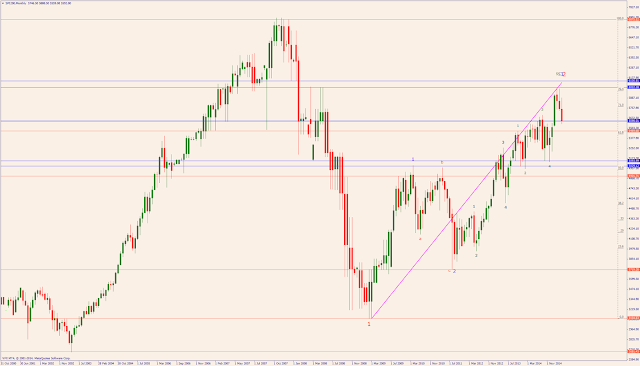 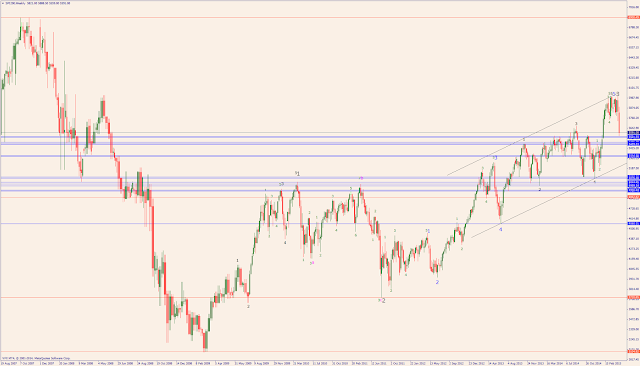 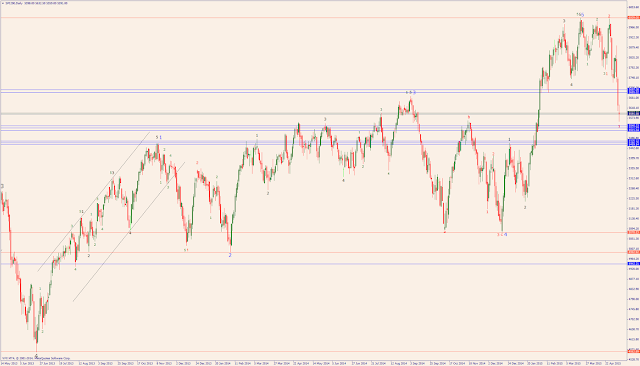 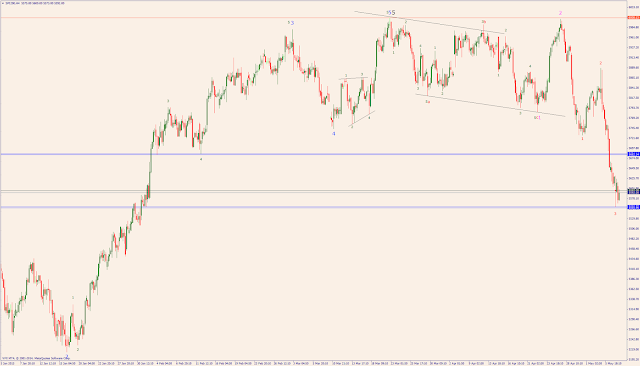