WTI OIL: end of the line?

In addition, the top of wave 4 coincides with a major resistance (see the weekly chart)

Most importantly, the daily chart clearly shows that the whole set of Elliott waves and sub-waves is religiously in place, confirming the assumption of the completion of major wave 4. See also the possible target at 72.26-72.60.

Identical inclination means that WTI OIL gained the same average dollars each week in both wave 2 and wave 4. Let's see how:

NOTE: W.D. Gann - and very few others later - developed studies about the interaction between a price unit ($0.37) and a time unit (1 week) in order to pinpoint time turning points.

Unfortunately I don't possess the knowledge and the technology to indulge in such a time consuming study. However, I sometimes use "Time Turning Points" as further confirmation of the Elliott waves events, like the contemporary completion of major wave 4 in conjunction with a TTP.

Given that major wave 4 seems to be complete, the uptrend that started on Jan 20, 2016 appears to be over and the WTI OIL might soon head South. 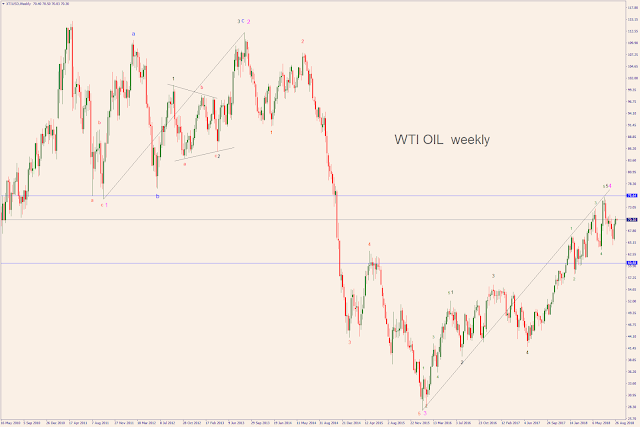 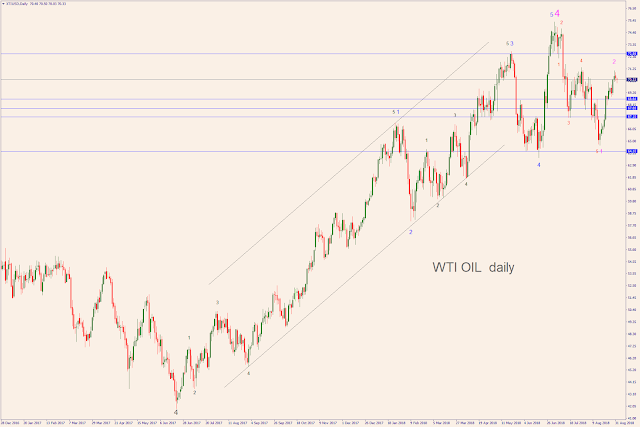 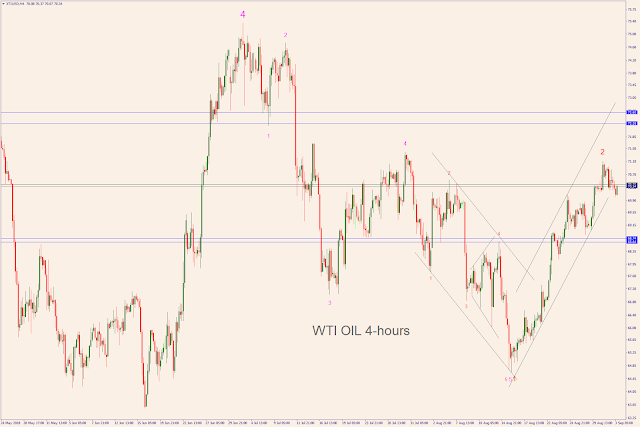