Are we done with the Gold's retracement wave started in September 2011?

As of the weekly chart below, Gold (now at 1582) has almost completed the "a-b-c-d-e" wave that contitutes "wave 4".  If this is true, this should mark the end of the last retracement down before the start of the final major rally made of "impulse wave 5".

NOTE: I want to underline that some major Elliott Wave Theorists disagree with the idea of another leg up, arguing that Gold has already completed all 5 waves and there's only one way: down.

Whichever perspective you decide to pursue, Gold should still move down the area around 1540-60 (now at 1582) and then start a rally but:


click the chart to enlarge and "esc" to exit 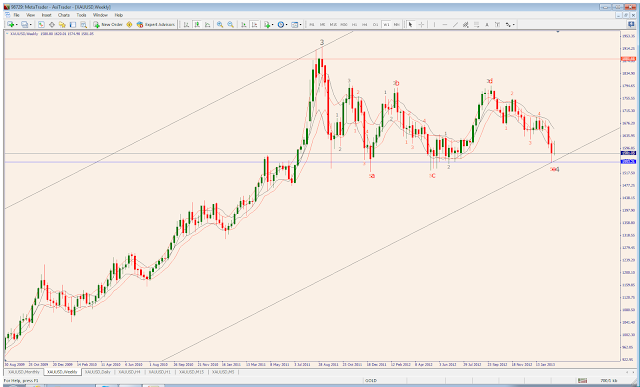 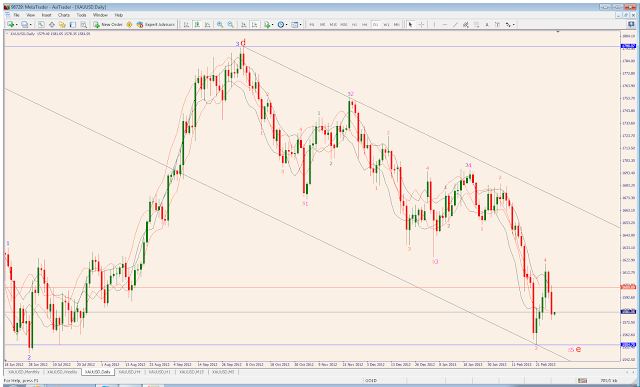 
click the chart to enlarge and "esc" to exit 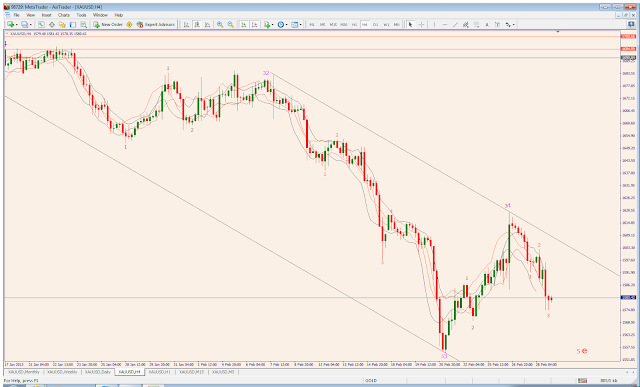 Posted by Mario D. Conti at 10:31
Email ThisBlogThis!Share to TwitterShare to FacebookShare to Pinterest