BTW, once the downtrend resumes, it should stop around level 1089 or end a bit lower around the area at $1043-32 that seems to be the absolute minimum and it's considered an unbreakable support.

If this analysis is correct, this would mark the very end of the line for the 38 months downtrend which should be followed soon by a new major uptrend.

The weekly chart displays the formation of wave 5 (in magenta, from March 16, 2014). Wave 5 will be made of 5 waves, three of them already completed and the fourth one in formation.

After wave 4 up, the last wave down will follow (wave 5) which will complete major wave 4 downwards (from Sept 2011). 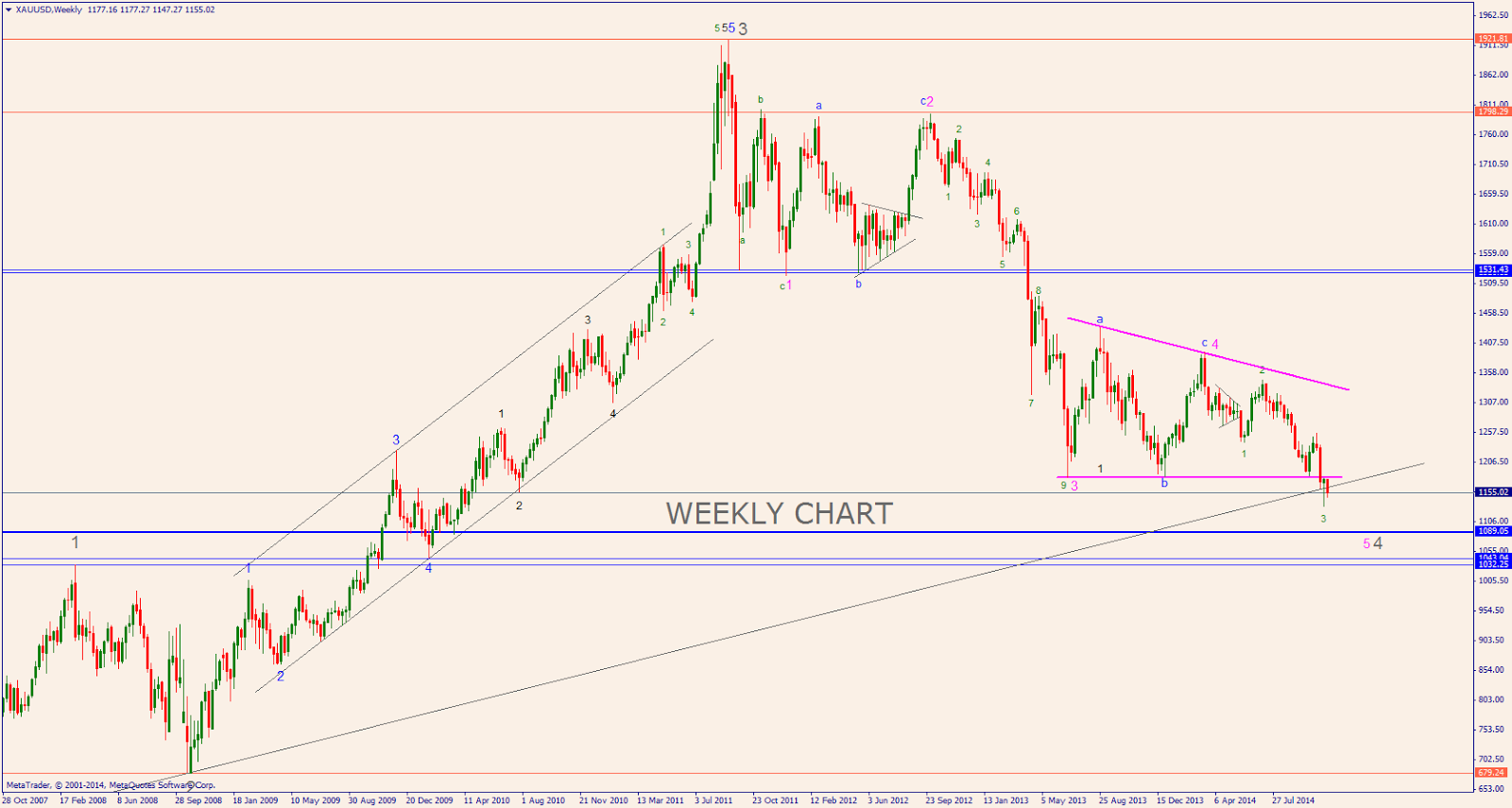 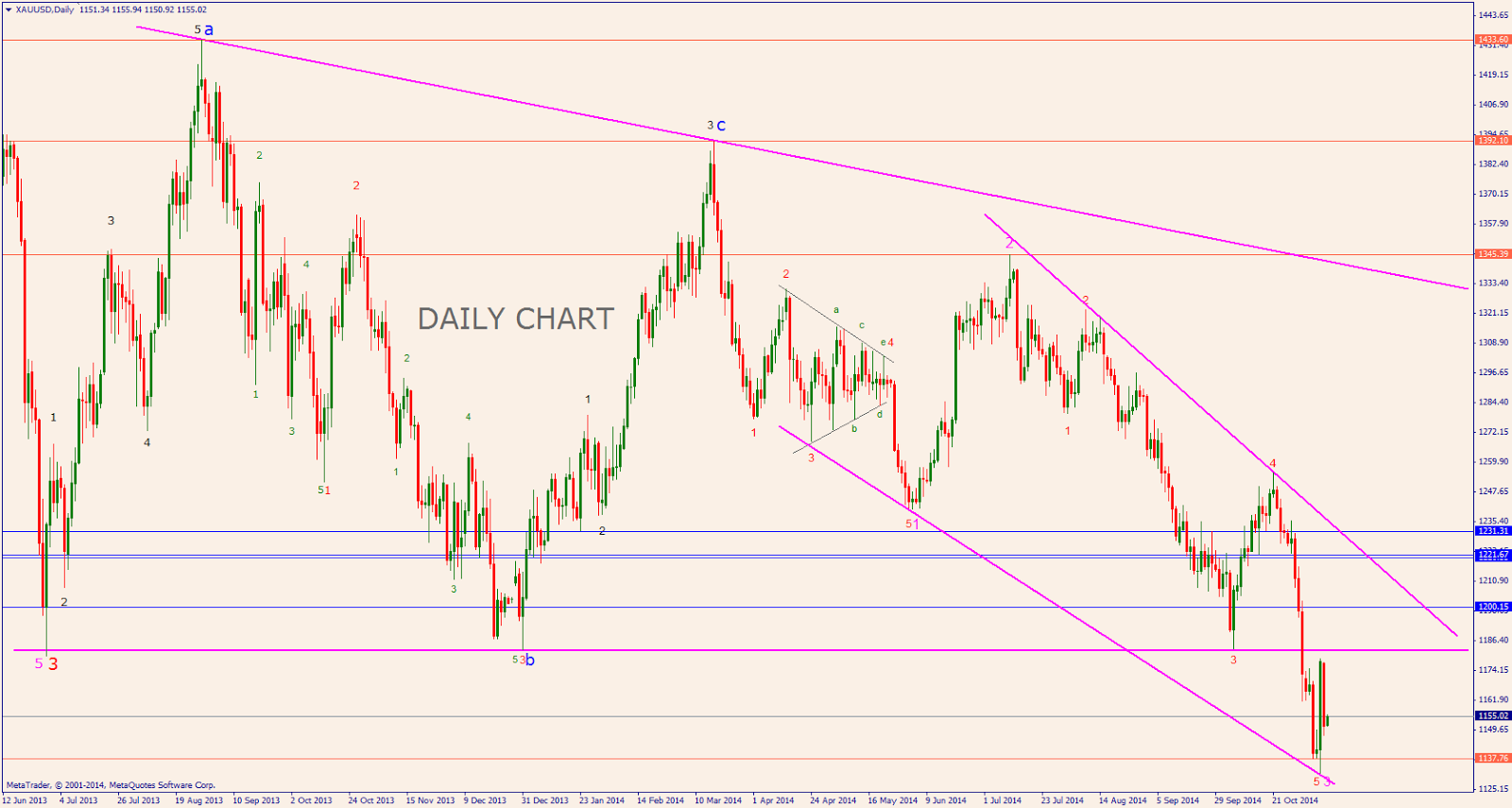 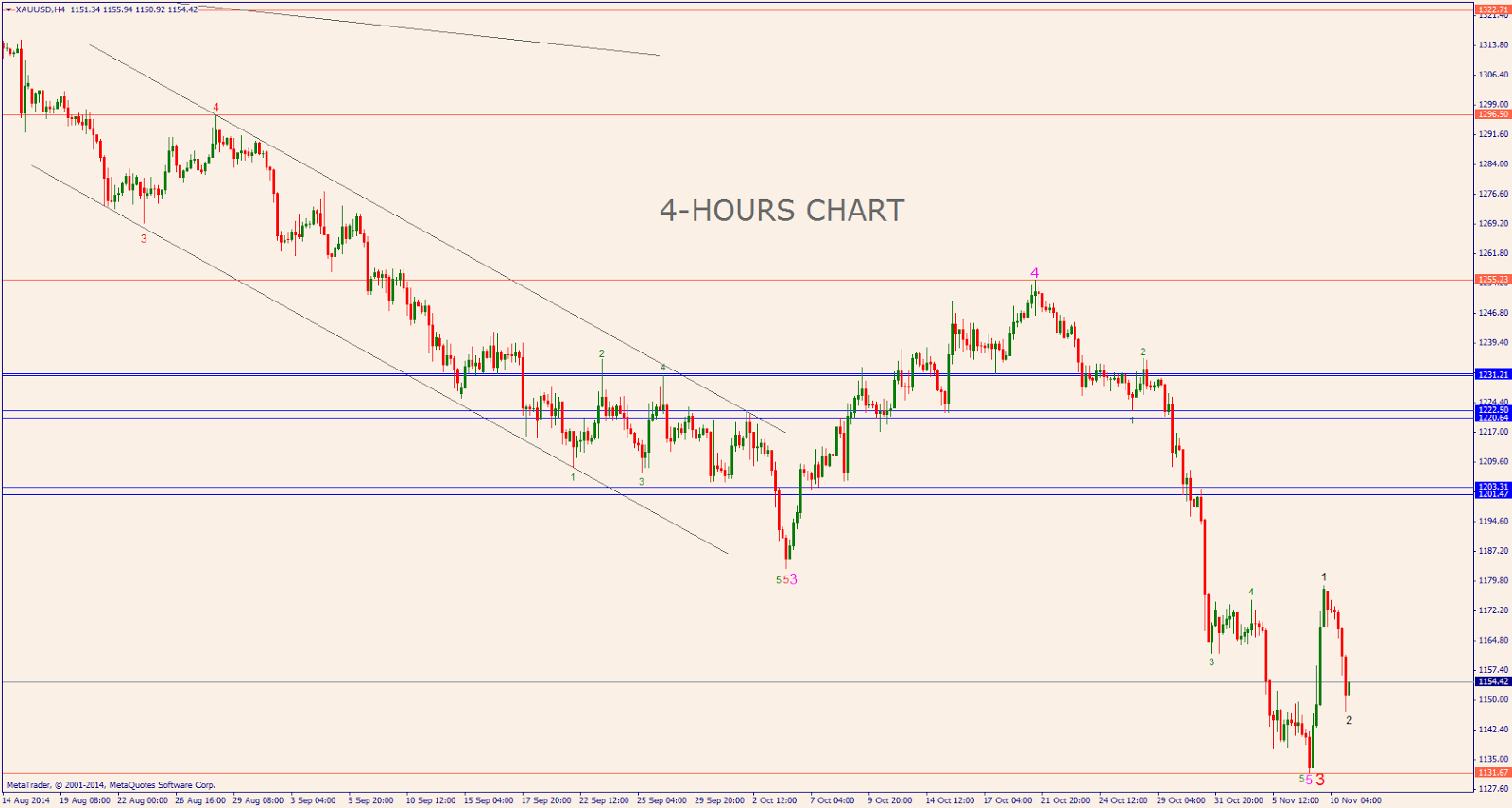 Posted by Mario D. Conti at 10:58
Email ThisBlogThis!Share to TwitterShare to FacebookShare to Pinterest